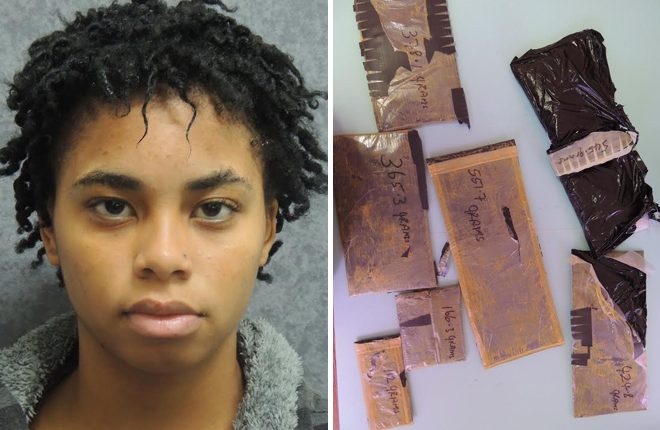 (RSCNPF): A combined interdiction operation by officers of Her Majesty’s Customs and Excise Department and the Royal St. Christopher and Nevis Police Force resulted in the detention and arrest of a passenger at the Vance Amory International Airport on Friday (Februay 24) and the second major cocaine seizure of 2017.

Britany Paola Peets, an 18 year old resident of Malone Avenue, McKnight was detained on suspicion of possession of a controlled substance.

She was arrested after investigations discovered she had 2.5 kilos of cocaine in her luggage.

“This interdiction is another success of the collaboration with our partnering agencies, it is this kind of cooperation that will deliver results, I commend both the Customs Officers and our Anti-Drug Unit” said Assistant Commissioner of Police Terrance James, Head of the Operations Directorate. ACP James added “this is the second such interdiction in just over a month, I say well done, continue to be vigilant.”