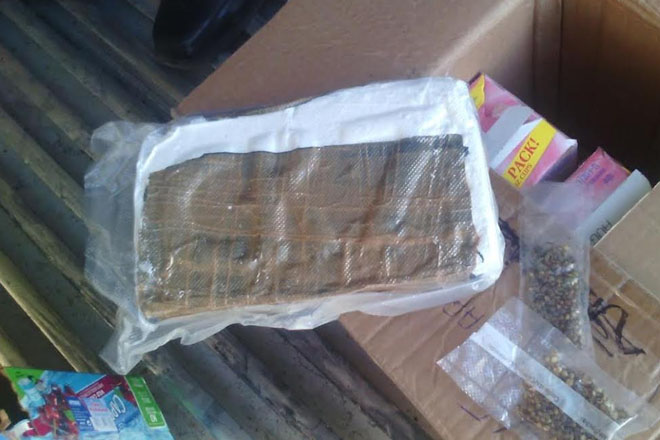 (ZIZ News) — Almost EC$90,000 worth of illegal drugs was seized at the Basseterre Port on Monday (August 10) when officers of Her Majesty’s Customs and Excise Department, accompanied by the Canine Unit, intercepted a package of illegal drugs.

During a routine search of cargo, the police dogs alerted the handling officers of a suspicious package and upon further inspection, a quantity of a white substance was observed. The substance was subjected to a field test, and confirmed to be cocaine.

Acting Deputy Comptroller of Customs, Kennedy DeSilva is quoted in a release from the Royal St. Christopher and Nevis Police Force as saying “the efforts of the Customs and Excise Department in keeping St. Kitts and Nevis free of illegal goods have again yielded results.”

Commenting on the interdiction, Acting Commissioner of Police Stafford Liburd praised the Customs and Excise Department for its continued efforts in assisting in the fight against illegal activity.

He said “their vigilance has paid dividends once again.”