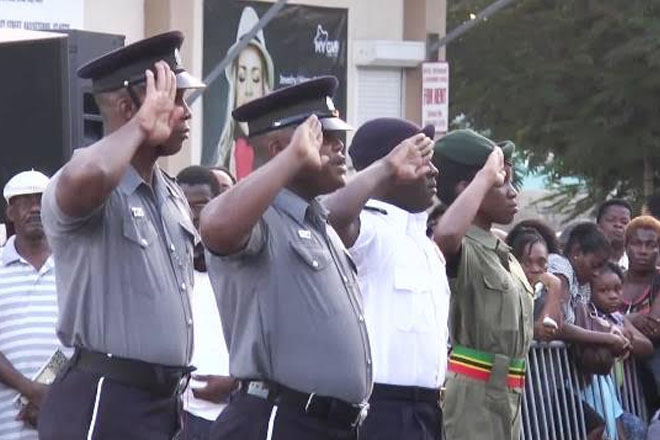 (ZIZ News) — The Customs and Excise Department has won the Independence 32 Drills Competition and Display.

The competition featured appearances by armed and unarmed units of the Royal St. Christopher and Nevis Police Force, the St. Kitts and Nevis Defence Force, Coast Guard, the St. Kitts-Nevis Fire and Rescue Services, Her Majesty’s Prison and the Port Authority.

A large crowd gathered at on the Bay Road on Friday afternoon to witness the competition.

Amassing a total of 188.66 points, the officers of the Customs Department won the annual event after an impressive show of discipline and focus.

The St. Kitts and Nevis Defence Force finished with a total of 184.33 points to claim second place while the Port Authority finished in third place with 183 points.