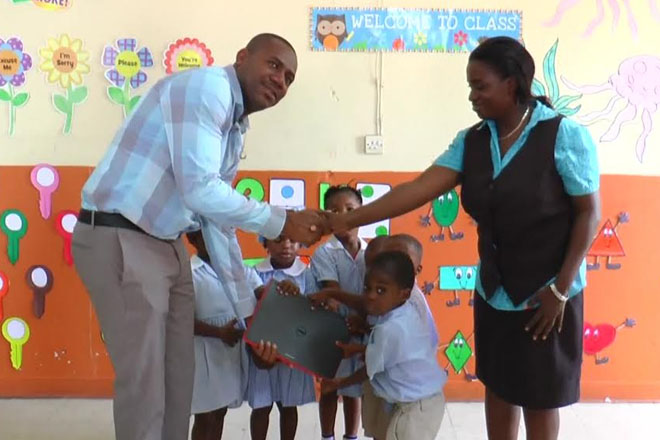 According to a press release from the Education Media Unit, that Ministry distributed the laptops as a means of assisting administrators at the school with the delivery of education.

The Minister said his ministry would continue to distribute laptops to primary schools and day care centres in the near future and would eventually incorporate the use of technology into the schools, for use by children from the very early stages.

Meanwhile, Minister Richards also revealed that his ministry was working along with the government to devise a more effective programme for the distribution of technological devices to high school students.