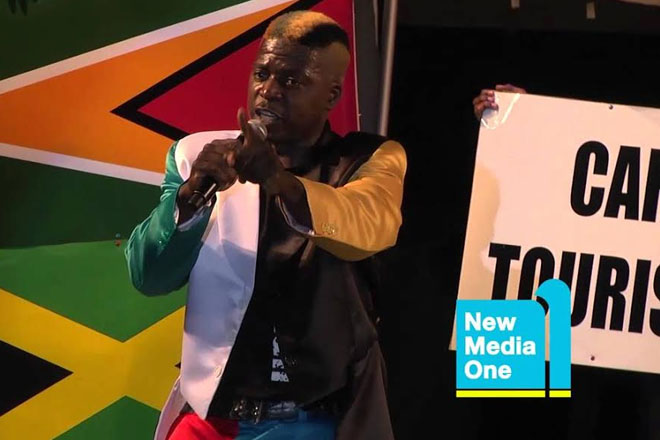 (ZIZ News) – With a total of 842 points, De Bear who represented Antigua at the Leeward Islands Calypso Competition, won the title for the second time. He was followed by Richie Buntin of St kitts, who was the reigning Leewards Islands Calypso King at the time. He scored 817 points. Repeater of Anguilla came in third with a total of 774 points.

The reigning National Carnival Calypso King, and current Culturama Senior Kaiso King, Oscar “Astro” Browne represented St. Kitts and Nevis. This was the first time in this competition that the Federation was represented by only one calypsonian. Astro failed to place in the top three but put in a credible performance.

The show was held at the Landsome Bowl Cultural Centre and featured performances by seven calypsonians. “Onyan Effect” of Antigua provided entertainment for the patrons as they awaited the final decision.