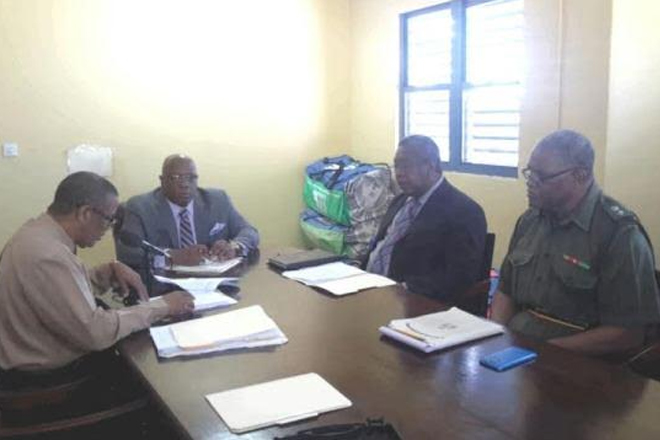 Defence Board Meets to Discuss Important Matters of the Defence Force

(ZIZ News) – The federal government is seeking to revive the Defence Board which, according to reports, up until this week, had not met for several years.

ZIZ News understands that the first meeting of the Defence Board under the Team Unity led government was held on Thursday and was welcomed by Commander of the St. Kitts-Nevis Defence Force (SKNDF), Lieutenant Colonel Patrick Wallace.

Prime Minister Harris acts as the board’s Chairperson. Other members, as outlined by Petty, should be a minister of Cabinet appointed by the Prime Minister; the commanding officer of the defence force; and the Permanent Secretary in the Ministry of National Security, who is by law, the Secretary of the Defence Board.

Despite not having met for several years, the St. Christopher and Nevis Defence Force Act, states in chapter 19.14 of the revised laws of St. Christopher and Nevis, that having a functional Defence Board is mandatory. Its primary function is to provide support in the running of the SKNDF, which comprises of the infantry and the coast guard. The board has oversight for all the activities of the SKNDF.