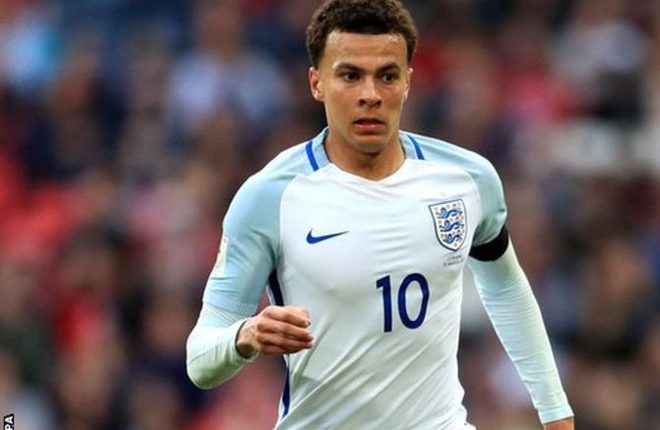 England midfielder Dele Alli has been banned for one international match following his middle-finger gesture during the World Cup qualifier against Slovakia.

The Tottenham player was also fined 5,000 Swiss francs (£3,852) by Fifa, who says the incident on 4 September was “offensive and unsporting”.