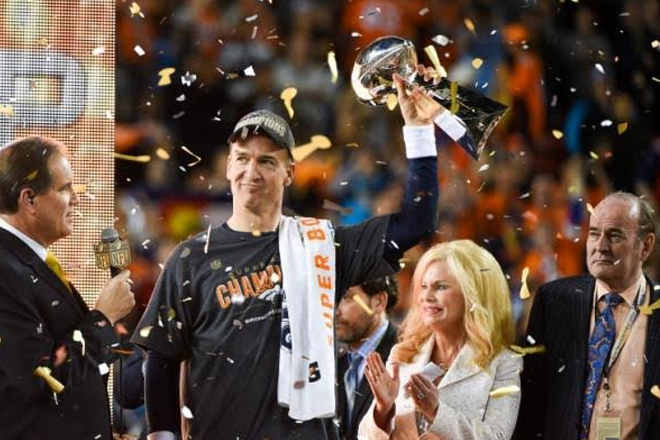 The Denver Broncos shocked the Carolina Panthers 24-10 as the Super Bowl closed out its first half-century on Sunday with an upset and a cliffhanger as Peyton Manning left everyone guessing about his future.

As a glittering shower of golden confetti fell on Levi’s Stadium, Manning appeared to have penned the fairytale ending to a Hall of Fame career ready to ride off into the sunset holding the Vince Lombardi trophy, the oldest quarterback to win a Super Bowl and the first to win championships for two franchises.