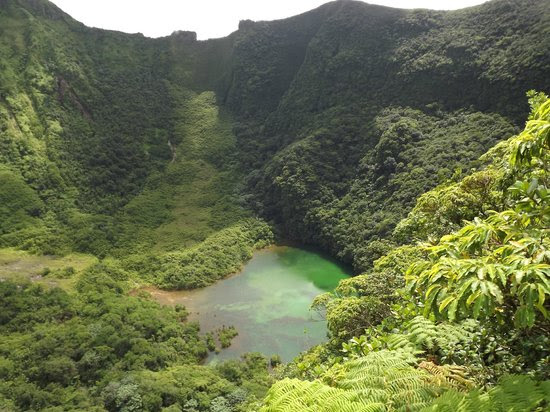 Basseterre, St. Kitts, May 7, 2021 (SKNIS): An official from the Department of Environment, Dr. Eric Browne, said the viral video of the fumarole in the mountain ridge of the island of St. Kitts is not a cause for concern as the volcano still continues to be inactive.

The conversation surrounds the viral video circulating on social media platforms that have caused some alarm in the general public due to the recent volcanic eruption which occurred at the La Soufriere volcano in St. Vincent and the Grenadines.

During the new podcast called ‘Under the Umbrella’ hosted by Abdias Samuel, National Disaster Coordinator on May 5, Dr. Browne said that the fumarole is not connected to the core.

“What is happening is that these rocks that are down below, they are being heated, so what you find is that you have on top of the rocks, you have all this material, the mud, you have sulfur, you have even the debris from the last eruption, organic material from the trees, the vegetation that is around,” he said.

“Because it is a rock formation, it is caught in this area, so it forms something like a pot there, and whatever is trapped within that particular area just boils. If enough rains fall and it fills, it may boil over but it does not mean there is volcanic activity that is happening,” Dr. Browne added.

Director of the University of the West Indies Seismic Research Center, Dr. Erouscillia Joseph, confirmed what Mr. Browne said during her presentation to the National Emergency Operations Center COVID-19 briefing on May 4, 2021, adding that “the activity that we are seeing at Mount Liamigua is normal, it is not unusual and it does not look any different to what was seen in the past in terms of how the feature looks and the type of activity that is associated with these features that are in the crater.”