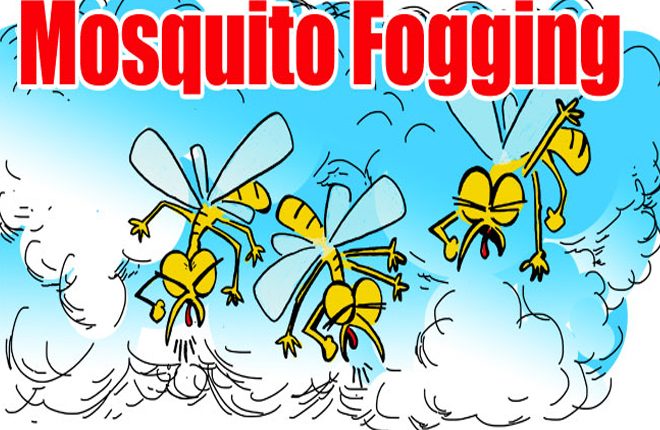 Basseterre, St. Kitts, December 03, 2018 (SKNIS): The Ministry of Health has been increasing its fogging efforts due to a large presence of the Aedes Taeniorynchus mosquito, which lives in the brackish waters of ponds and mangroves.

The Environmental Health Department has disseminated fogging schedules for major areas of concern for the mosquito breeding, which include Molinuex, Phillips, Christ Church, Mansion, Parsons, Dieppe Bay and St. Paul’s.

“In addition to the communities outlined in the schedule, there is a second set of fogging which alternates between the areas of Friars Bay, Frigate Bay, Conaree and Bird Rock. A. Taeniorynchus is not known to carry any diseases locally, said Deputy Chief Environmental Health Officer, Mr. Jermaine Lake who noted, “However, it is fairly aggressive and the current rain patterns are aiding its growth and spread in the above mentioned areas.”

He added that early morning fogging is also being carried out on the Conaree landfill, “as significant breeding of suspected Aedes Aegypti species has been identified there.”

The department urges householders to use or dispose of stored water or keep water containers tightly closed to prevent mosquito breeding.

The fogging exercise starts at 5:30 pm each day, and residents are asked to keep their windows and doors open in order to allow the fog to pass through their homes. Persons with sinus or asthma problems are advised not to stay in their homes or in close proximity to the fog.