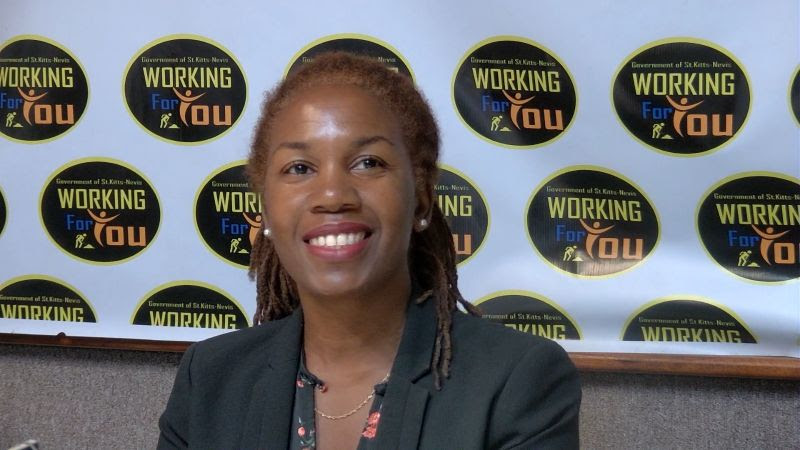 Basseterre, St. Kitts, March 3, 2021 (SKNIS): The Department of Gender Affairs in the Ministry of Social Development is moving forward with the development of a St. Kitts & Nevis National Gender Equality Policy and Action Plan, says Sharon Warner, Executive Officer in the Department of Gender Affairs, while appearing on the radio and television show “Working for You” on March 03, 2021.

She stated that the intended outcome for the UNESCO funded project is “the development of a well-informed, comprehensive National Gender Equality Policy and Action Plan as an institutional framework that will assist the Government of St. Kitts and Nevis in facilitating gender equality and empowerment.”

This policy is in support of the Sustainable Development Goal #5 -Gender Equality, said Ms. Warner. “This will include the establishment of public oversight bodies and ministerial corporation structures,” she said.

The policy will include guidance towards the implementation of gender based and sensitive strategies both in the public and private sector in an effort to protect the human rights of citizens and residents, said the Executive Officer.

“This would therefore serve to ensure that the rights and interests of men and women are at the core of the country’s development agenda, which is envisaged to contribute significantly to positive, life-changing, measurable outcomes in the lives of citizens,” she said.

The Gender Affairs official noted that the Department of Gender Affairs is committed to ensuring that both males and females are equal partners in shaping the economical, educational, political, cultural and spiritual development of the Federation.

She added that the Department remains steadfast in its commitment towards fostering an environment that enables women and men to enjoy their full rights as equal partners in contributing to the overall development of the Federation.

Ms. Warner stated that the Gender Policy is a two-year project. Phase one was successfully completed in December 2019 and comprised of widespread consultations, public awareness and advocacy activities, which included the collection of qualitative stakeholder data through discussions, focus groups and round table meetings, which formed a significant component of the process.

The Department has now entered the second and final phase of the project, which will run until December 2021.

The St. Kitts & Nevis National Gender Equality Policy and Action Plan is intended to guide the transformation process towards gender equality and equity for all citizens and residents of the Federation, said Ms. Warner.