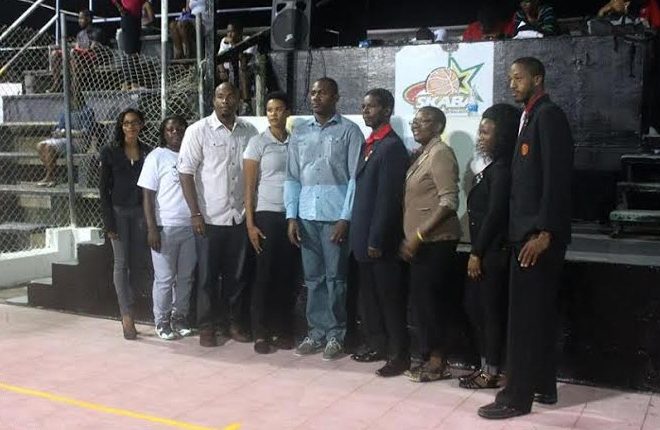 The Opening saw the traditional March Pass which featured some 21 teams from the Junor, “:A” and Premier Divisions, of the 30 plus Teams in the League.

The Inspection of Teams was done by SKNABA President Kenroy Tobias along with Director of Sports Jeffrey Hazel and the Minister of Sports Hon. Shawn K. Richards.

Director Hazel also gave brief remarks on behalf of his Ministry while Vice President OF SKNABA Emma Warner-Paul presented on behalf of the Association. The Ceremony and afternoon’s proceedings was chaired by SKNABA Secretary-General Wallis Wilkin.

Deputy Prime Minister and Minister of Sports Hon. Shawn K. Richards Officially declared the annual tournament opened. In his remarks the newly elected Sports Minister affirmed his government’s commitment to the construction of an indoor multi-sport facility to accommodate Basketball along with Netball and Volleyball.

The SKNABA has been lobbying to no avail to succeeding governments for decades for the development of an Indoor Facility for Basketball.