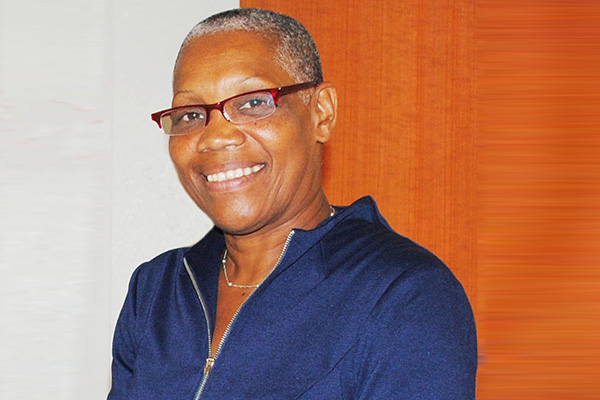 Basseterre, St. Kitts — Residents of the New Road community in Central Basseterre have learned that a family park like no other in the region will be built in their area and will be delivered to them early April.

Area Parliamentary Representative, the Hon Marcella Liburd, who is also the Federal Minister of Health, Community and Social Development, Culture and Gender Affairs,Thursday evening (January 16), told residents of New Road, Pine Garden, and Shadwell area in a meeting held at New Road that the high class family park will also be promoted as a tourism product.

“What you have before you is a virtual perspective of a family park that we would want to put here to my right,” said Hon Liburd pointing to the location of the park, following a slide presentation of the project by engineering consultant Mr Peter Jenkins.

“From the very beginning when New Road was designed, for those of you who have an idea of what the plans were like, that area was always designated for a park. There was lots of talk about a basketball court, a football field, tennis court, all sorts of other sports and games were supposed to be there but that was always designated to be a park.”

The family park, whose ground breaking ceremony will be on Wednesday January 22 at 4:45 pm, and will also be attended by the Prime Minister, the Rt Hon Dr Denzil Douglas, is the first of its kind in the region and will be catering for all ages, from toddlers to the elderly.

For the school age children there will be a play ground with equipment for entertainment, for young adults there will be a gazebo where they can relax, an outdoor gym, and a track where persons could jog or walk as a form of exercise. Benches will be available that will cater for the elderly and parents who have come to oversee their children.

Since the park will be of such a high class, Hon Liburd informed that it will be promoted as a tourism product, as one of the stops that the tourists can make, especially when they have children onboard the cruise ships, and can come and have fun at the park.

“So there is some tourism potential there,” declared Minister Liburd. “We are thinking we can have some T-shirts, with the message, ‘I visited the New Road Family Park’, written on them.”

She observed that they will be working with the Solid Waste Corporation to ensure that the place is kept clean and healthy. There will be garbage bins for use. Another aspect she observed was that there will be restrooms, and one of them will be a family restroom where persons could bring their children to change diapers.

Hon Liburd invited all to turn up for the groundbreaking ceremony that will be on Wednesday (January 22) at 4:45 pm, which is part of Central Basseterre Week of Activities, that start on Sunday January 19 and is being held under the theme ‘Love Through Service’.

“The Taiwanese are bringing in their experts to actually fit the equipment because they already know to fit that type of equipment from parks they have done in Taiwan and other places,” said the Minister.

“Our local people would be able to get in on the action because the place has to be fenced, so we will need someone who will get a job to fence it. We also would need some people to help to make some of the base for some of these equipments, so we do have some jobs that will become available for the local people and the people from the area to help to complete the family park.”

She ended her presentation by stating: “We expect to have it delivered to the people of New Road and the people of the entire country by early April. That is the expected date of delivery.”

Following the presentation a number of persons aired their views, and one of the residents, Mr Terry Adams, who said that the area also needs a community centre, thanked the Minister for “having this beautiful project here that will look after people like me and the kids and the younger ones who want to run around I must congratulate you and the idea that came forward. It is well planned.”