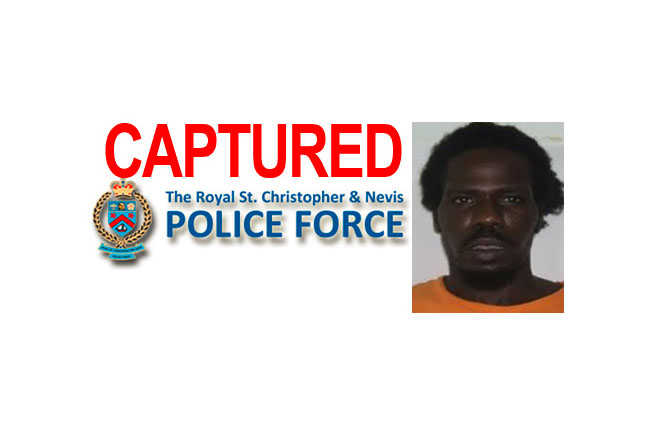 (ZIZ News) – Police in Nevis are looking for a detainee who was discovered missing from the holding cell at the Charlestown Police Station on Tuesday.

ZIZ News spoke with Divisional Commander Superintendent Hilroy Brandy, who confirmed that police are looking for a gentleman who had been detained. Brandy, however, did not reveal the gentleman’s name, age, or any other related information. He said the detainee was discovered missing at approximately 5am.

Meanwhile, the High Command of the Royal St. Christopher and Nevis Police Force has commended the police officers who were instrumental in the capture of Marcus Hunkins.

On 24 May 2015, a wanted poster was circulated for Marcus Hunkins of Hermitage Village, Cayon. He was wanted by the Cayon Police Station because there was a warrant in existence for his arrest for larceny and he was also considered a person of interest with reference to a series of break-ins.

Hunkins was in hiding since the poster was circulated.

On Saturday 1 August 2015 at about 7:55pm, Hunkins was seen by police officers who were not wearing uniform, walking along the Bay Road in the vicinity of Lower College Street. He was taken into police custody and is currently at Her Majesty’s Prison serving a four month sentence.