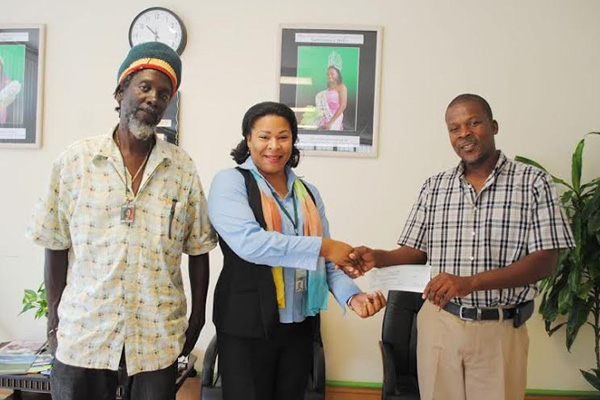 Charlestown, Nevis — Chasing for the Leeward Islands Masters Cricket Tournament trophy, St. Kitts team is travelling to sister island, Nevis, on Thursday June 5 determined to wrestle the championship that was snatched by Nevis when the tournament was held in St. Kitts last year.

Nevis who would have won the tournament more times than St. Kitts in the past are all out to retain it and are not welcoming any threats from their perennial competitor in sister island St. Kitts, but have promised that the duel will be the most friendly, because at the end of the day when all the visiting teams have gone back, they will be left in the Federation as one people.

The tournament, which received a cash sponsorship from the Development Bank of St. Kitts and Nevis, will be played from Friday June 6 to Sunday June 8 at the E.T. Willet Park in Charlestown and at the Cotton Ground Playing Field. Other teams will be coming from Antigua, St. Croix, St. Thomas, St. Maarten, and Anguilla.

“Nevis Masters Cricket Club we are privileged to host the 2014 Leeward Island Masters Tournament,” said Mr Franklyn Daniel, President of Nevis Masters Cricket Club. “The tournament is a costly venture and so in an effort to place ourselves on the platform and comfortably host this tournament we resorted in raising funds and reaching out to businesses to assist us in this venture.”

Mr Daniel made the remarks recently when he received a sponsorship cheque from Mrs Jean Alcendor-Browne, the Bank’s Credit Risk Management Officer in the Nevis Branch on behalf of the branch manager, Ms Hyacinth Pemberton.

“The Development Bank of St. Kitts and Nevis were on board with us last year actually and so we found it favourable to approach them again as partners,” said Mr Daniel who was in the company of Mr Leroy ‘Blackman’ Liburd, a member of the Member Management Committee.

“We want to say a hearty thank you to the Development Bank of St. Kitts and Nevis for assisting us in this worthy venture coming up June 6-8, 2014 and what we are hoping to do we are hoping to give the bank as much mileage as possible.”

Speaking on behalf of the bank, Mrs Jean Alcendor-Browne, though a Nevisian and who would be tempted to support the Nevis side, as a sponsor decided to offer a middle of the road advice: “The Development Bank is pleased to be associated with the Masters Cricket Tournament and our wish is that the trophy remains in the Federation.”