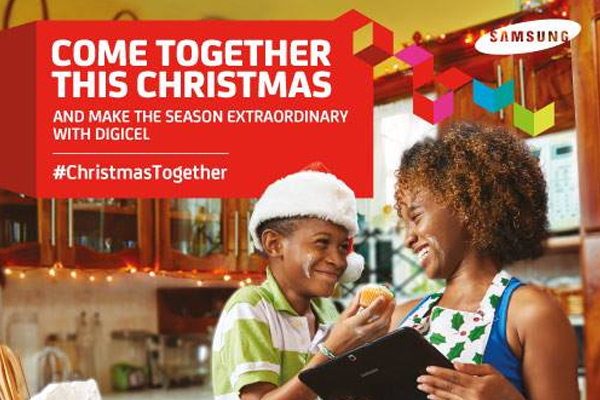 (ZIZ News) — Telecommunications Company, Digicel, has found another way of giving back to its customers, while spreading the joy of Christmas throughout the region.

The company, on Monday, launched its ‘Christmas Together Video’ competition on the social networking site, Facebook.

In an interview with ZIZ News, Digicel’s Marketing Executive, Tishanna Jeffers said great prizes are there to be won in this competition.

“Even though we are giving away $15,000 every week…we have a Christmas Together Video competition going on, on Facebook. So if you log on to our Facebook page, Digicel St. Kitts and Nevis, there’s going to be an app just on the left side called ‘Christmas Together’ and once you click on that app you’re going to have a theme every day. So it might be caroling, it might be decorating, it might be cooking, you never know so once you log on to that app we’re going to give you the theme everyday and you’re going to upload a 15 second or less video of your interpretation of that theme and you have a chance to win credit and fabulous handsets,” she explained.

According to Jeffers, the winning videos from around the region will be compiled to make one Digicel Christmas Together video.