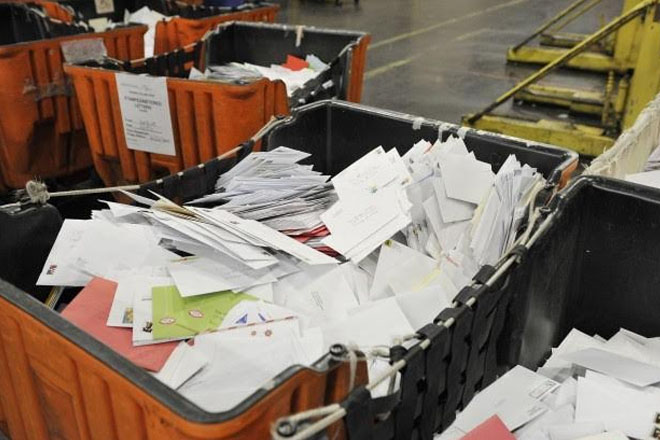 Basseterre, St. Kitts (SKNIS) — The upcoming launch of a U.S. Mailbox Service by the General Post Office (GPO) in St. Kitts and Nevis is in keeping with a strategy to incorporate more technology-based services and expand the scope of its operations.

Today many persons, particularly those of a younger age, turn to digital technology to communicate. Free messaging platforms such as whatsapp and facebook messenger as well as video chat software including Skype and Imo are popular for personal communication. With figures from the Universal Postal Union (UPU) indicating that “worldwide letter-post traffic declined by an estimated 3.5 percent” in 2013 compared to statistics in 2012, post offices are forced to find new ways to increase their usefulness.

This was a key message stressed in 2013 when the St. Kitts Marriott Resort served as venue for the 16th Annual Conference of the Caribbean Postal Union (CPU). The theme was “Facing the Challenges of a Digital Society.” There were many ideas and best practices shared at the forum about diversifying the service.

“We have to find new areas to attract customers,” Deputy Postmaster General Darren Veira commented last week, highlighting global and local trends. “We decided that this year we will do something that will drive persons to the post office and when we did our research we saw that ecommerce is one of the things that is booming.”

Registration for the U.S. Mailbox Service is free up until October 09, when it will be officially launched. At that time the GPO is also expected to reopen their internet café. The service is currently closed to allow new computers to be installed and other upgrades to take place.

The internet café service was launched in October 2010 and Veira said it has seen success particularly with tourists visiting on cruise ships. The renovations will see a much larger space being utilized and the expansion of Wi-Fi coverage. After the renovations, Mr. Veira said he would like to see more local persons use the service.

The next project being considered is digital signage where persons can use monitors in the post office for advertising. That will be pursued late 2015 or early 2016.