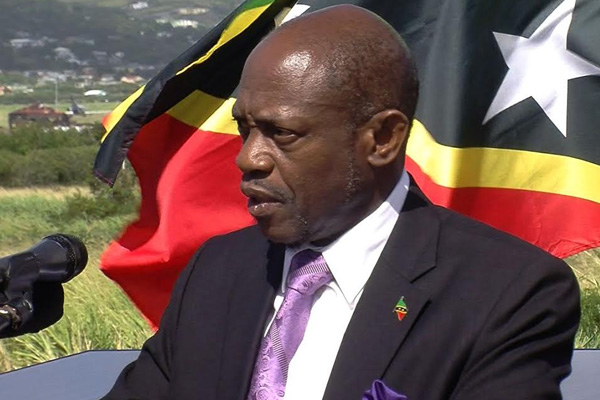 (ZIZ News) — For the Nation’s leader, the Rt. Hon. Dr. Denzil Douglas, the construction of the country’s second solar farm is more than an attempt to promote renewable energy.

“Today, your government undergirds its commitment to free us all from the fossil fuel reliance which has burdened so many countries for so very long and to harness the power of the sun, the power which nature has given to us in such great abundance in this very beautiful country, St. Kitts and Nevis,” he said.

The Prime Minister added that his government is on a firm and steady march toward ensuring that the nation becomes the world’s first sustainable island state.

He commended Energy Minister, the Hon. Dr. Earl Asim Martin for his vital role in the process.

“On an occasion as significant as this, I must thank the Deputy Prime Minister and Minister of Energy, the Hon. Dr. Earl Asim Martin for the leadership role that he has taken in ensuring that our country’s historic and transformative energy-related goals are transformed into reality,” Dr. Douglas said.