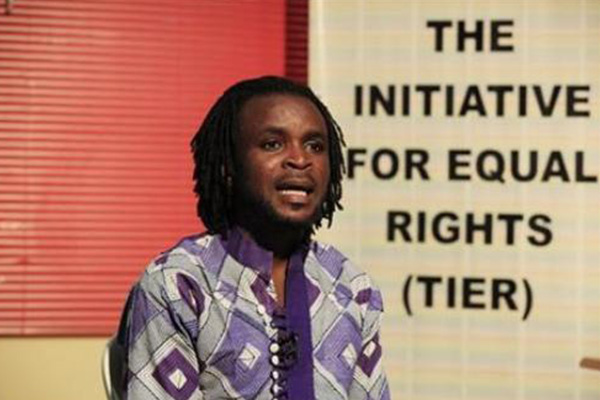 Dozens arrested in North Nigeria for being gay

LAGOS, Nigeria (AP) — First the Nigerian police targeted the gay men, then tortured them into naming dozens of others who now are being hunted down, human rights activists said Tuesday, warning that such persecution will increase under a new Nigerian law.

The men’s alleged crime? Belonging to a gay organisation. The punishment? Up to 10 years in jail under the Same Sex Marriage Prohibition Act, which has elicited international condemnation for criminalising gay marriage, gay organisations and anyone working with or promoting them.

There were varying accounts of how many arrests were made in Nigeria’s Bauchi state, and a local law enforcement official denied that anyone was tortured. Nevertheless, the aggressive police action shows that Africa’s most populous country is attempting to enforce anti-gay measures that are becoming increasingly common throughout the continent.

In this instance, authorities responded to an unfounded rumour that the United States had paid gay activists $20 million to promote same-sex marriage in this highly religious and conservative nation, according to an AIDS counsellor, who spoke on condition of anonymity for fear that he would be arrested.

An officer pretending to be a gay man then joined a group being counselled on AIDS, according to Dorothy Aken’Ova, executive director of Nigeria’s International Centre for Reproductive Health and Sexual Rights.

Aken’Ova said police detained four gay men over the Christmas holidays and tortured them until they named others allegedly belonging to a gay organization. She gave no details of what she called torture, but the AIDS counsellor said the four men were brutally beaten until they gave up names.

The police have now arrested 38 men and are looking for 168 others, according to Aken’Ova, whose organisation is helping provide legal services to the men. The AIDS counsellor said he has helped secure bail for some of the 38 detainees. They both said dozens of homosexuals have fled Bauchi in recent days.

Chairman Mustapha Baba Ilela of Bauchi state Shariah Commission, which oversees regulation of Islamic law, said that 11 gay men have been arrested over the past two weeks. He said community members helped “fish out” the suspects and that “we are on the hunt for others.”

Bauchi state has both a Western-style penal code and Shariah, or Islamic law, which is implemented to different degrees in nine of Nigeria’s 36 states. About half of the country’s more than 175 million people are Muslims, the other half Christians.

Ilela said all 11 arrested — 10 Muslims and a non-Muslim — signed confessions that they belonged to a gay organisation, but that some of them retracted the statements in court.

He denied any force was involved.

Nigerian law enforcers are notorious for torturing suspects to extract confessions. They also are known for extorting money from victims to allow them to get out of jail cells.