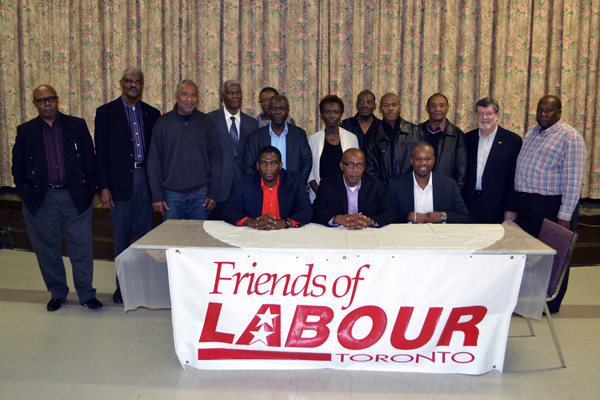 (CUOPM) Two new Labour Party candidates who are expected to be successful in the next general elections and serve in the Fifth Cabinet of St. Kitts and Nevis’ Prime Minister the Rt. Hon. Dr. Denzil L. Douglas, have been meeting supporters of the governing St. Kitts-Nevis Labour Party in New York and Toronto.

Dr. Terrance Drew in a posting on his Face Book Account Wednesday night informed that he accompanied Deputy Prime Minister the Hon. Dr. Earl Asim Martin and Mr. Konris Maynard on private visits to North America over the weekend.

According to Dr. Drew, a Cuban and United States-trained physician and internist, the team “visited Labour supporters in the Diaspora, where the two fresh candidates were introduced for the first time as the constituency reps and candidates who will contest the next General Elections for the SKNLP for Constituency number 8and 3, respectively.”

“All three of the candidates met and mingled with the Labour supporters in the Diaspora, specifically those of New York City, Dr. Drew posted.

In Toronto, the Labour Party officials met with the Toronto Executive of Friends of Labour at an appreciation and social gathering.