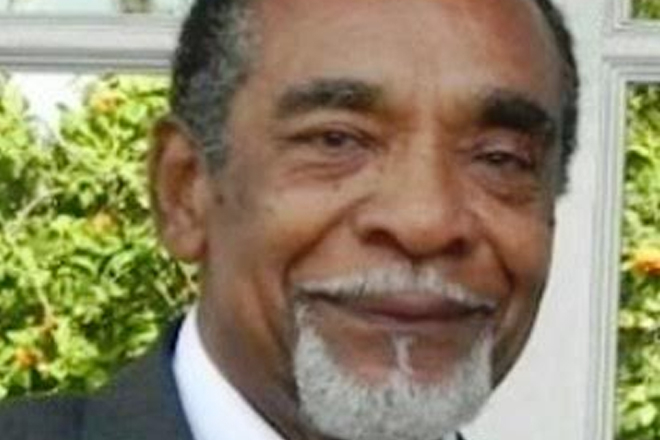 (ZIZ News) — It was a somber atmosphere on Saturday as government officials, family members and friends of Dr. Henry Murry Stephen Claxton gathered at the St. George’s Anglican Church to pay final respects to the well known obstetrician.

The day, dedicated to the doctor, began at 9am with a viewing of the body.

Many persons, including Prime Minister Dr. Hon. Timothy Harris, Governor General His Excellency S.W. Tapley Seaton CVO, QC, JP and Leader of the Nation of Islam Louis Farrakan paid tribute to the late doctor. Those tributes were printed in the remembrance booklet.

Dr. H.M. Stephen Claxton has been referred to as a well known public servant, private medical practitioner, general surgeon and specialist in obstetrics and gynecology who dedicated his life to serving people.

He was also a counselor, philanthropist and avid sportsman who represented the federation as a prolific opening batsman. He played for the Leeward Islands Cricket Team and the University of the West Indies’ team as a cricketer and footballer. He represented the Grammar School as a footballer and record-breaking track and field athlete.

Dr. H.M. Stephen Claxton was interned at the Sprinfield Cemetery. He was 75 years old.