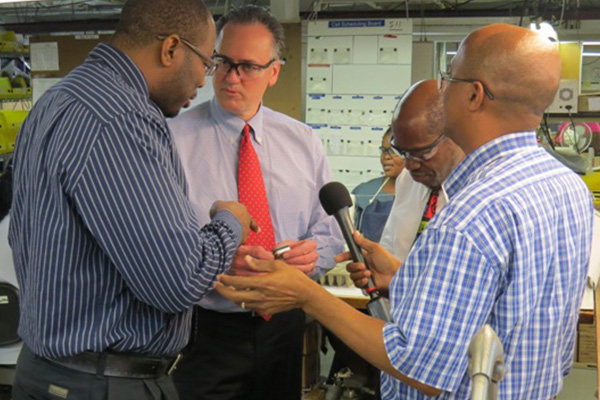 Basseterre, St. Kitts (CUOPM) – Plans for the expansion of Harowe Servo API has been welcomed.

Sandy Point-born Dr. Norgen Wilson is equally happy that the expansion is taking place at the two plants in his hometown of Sandy Point.

“I am very happy that Harowe Servo is showing signs of expansion and this growth is not only good for Sandy Point but for the entire country,” said Dr. Wilson, who noted that a few days ago Prime Minister the Rt. Hon. Dr. Denzil L. Douglas had highlighted that the St. Kitts and Nevis economy was on the road to recovery and had recorded 1.7 percent positive growth.

“I think it was just second behind the United States. And he did say that he wants to pass the United States and I think that we are well on our way there, in a time when we have what we consider to be a world economic crisis, it is good to see that St. Kitts and Nevis is really on the upside of things and I am most happy to know that they are still employing persons and although the intention is to bring in new equipment, new machinery, it is not that they are going to be letting off anyone,” said Dr. Wilson, who toured the two plants in Sandy Point.

Dr. Wilson said he was informed that 8 more persons had joined the local workforce a few days ago and that all this was happening in the town of Sandy Point and its environs.