Reflections on the passing of Sir James Mitchell

I have been in deep reflection since I received the sad news of the passing of Sir James Mitchell.  He holds pride of place in the history of Caribbean, economic, social, and political development.  He was highly regarded and respected as an astute and unique Political Leader and Statesman, not only in the Caribbean but throughout Europe, the Americas, and Africa.

My relationship with Sir James, (Son, as his friends called him), has been one of the most memorable and treasured of my political career.  I was privileged to have served with Son and other Caribbean icons like John Compton and Eugenia Charles, at a time when, following the failed West Indies Federation and the stillborn Unity of the “Little Eight”, the Caribbean people were still trying to find practical meaning and substance in the principle of Caribbean Integration.

Sir James Mitchell was a fiercely committed champion for the people of St. Vincent and the Grenadines.  He was a practical, down to earth, outspoken Leader who became very adept at navigating the corridors of power in Europe, America, and multinational organisations in search of economic development for his Country. However, he remained steadfast in his pursuit of “the endgame”, which was improving the quality of life of people by ensuring their access to the essentials for human development, like education, healthcare, opportunities for personal growth and development, and necessary infrastructure.

James Mitchell was not just about his own Country.  He was a true Caribbean Champion.  He used the experience gained in fighting for the Bequia airport in the halls of the European Economic Commission, in fighting tooth and nail with St. Kitts and Nevis to secure the funding for the expansion of the Vance Amory International Airport in Nevis.  He worked assiduously with us through USAID to get the funding for the Southeast peninsula road, (now the Dr. Kennedy Simmonds Highway), in St. Kitts.  His life was a demonstration of regional cooperation at its finest and most practical applications.

His greatest influence on my life was as a friend.  Our friendship went beyond the courtesies of political colleagues. We have been friends until death did us part.  He encouraged me to keep up my tennis, as he assured me that he was keeping up his regular swimming.  Whenever we spoke, which was often, he insisted that I should write my own story. He never let up on that subject He was a prolific author, having written several books and was working on another one. I do not believe it was finished. Eventually, I succumbed to his advice and wrote my only volume, The Making of a National Hero. He was happy when he received his copy.

As my friend James Mitchell demits the stage, we are witnesses to the end of an era.

I salute the passing of an icon and a legend. May his soul rest in eternal peace. 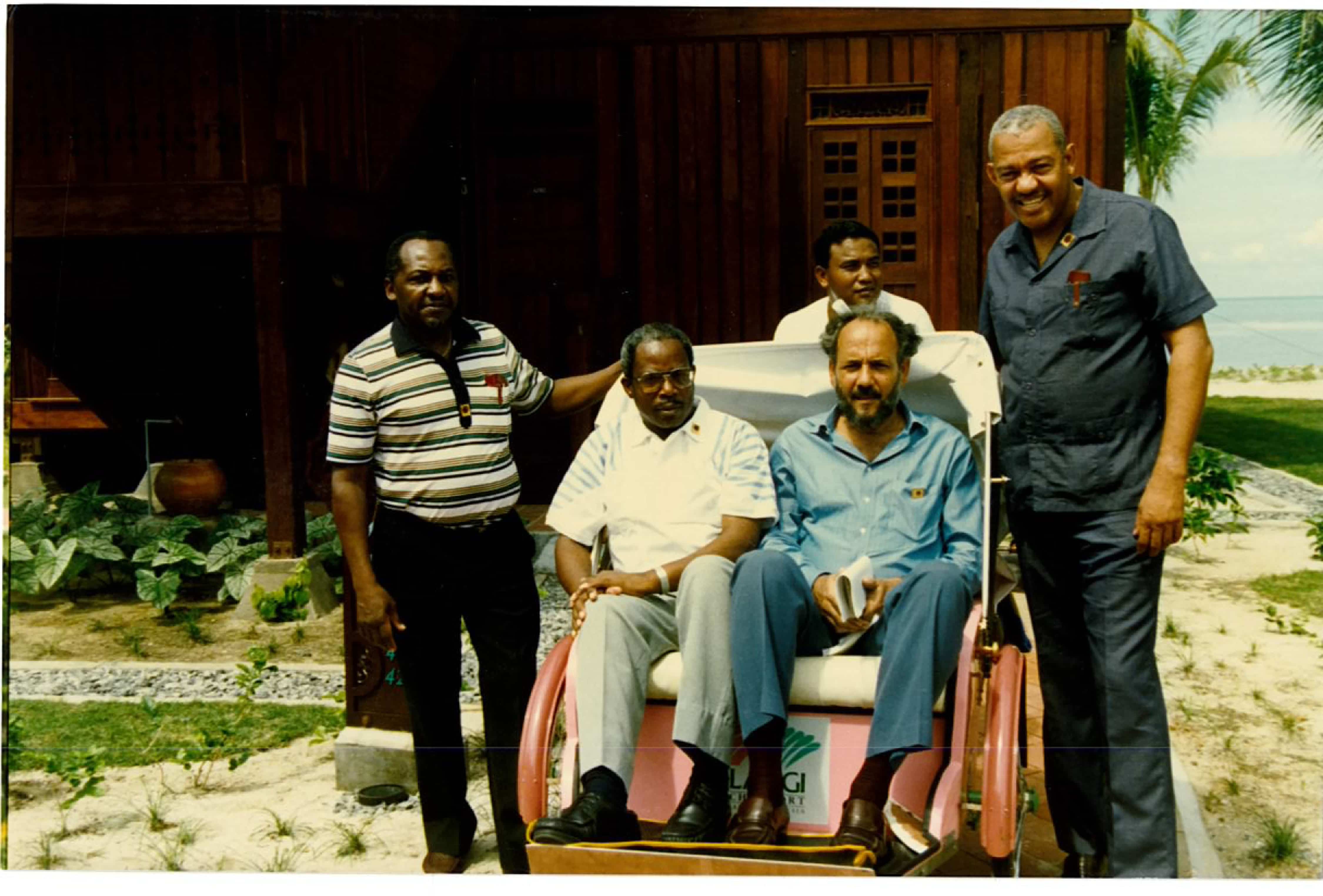