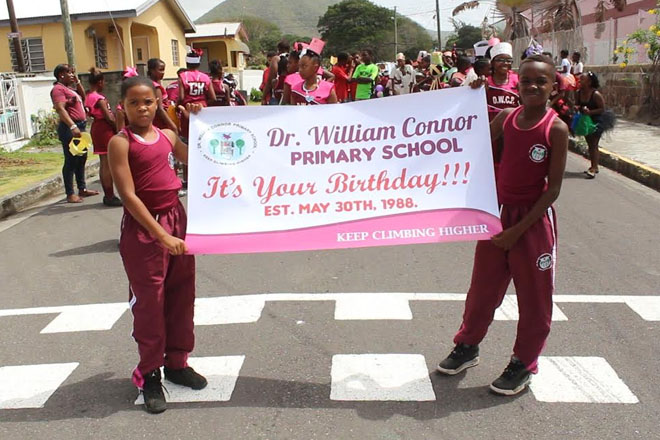 (ZIZ News) — In commemoration of its 28th anniversary, the Dr. William Connor Primary School hosted a series of celebratory events this week.

The Golden Tigers won with 147 points, the Pumas placed 2nd with 104 points, just one point more than the Panthers who amassed 103 points. In fourth place were Jaguars with 69 points.

Celebratory activities continued on Friday as students and teachers of the school marched through the streets of the village, surrounding the school, carrying placards wishing the school a happy anniversary.

The Dr. William Connor Primary School was established on May 30th 1988.