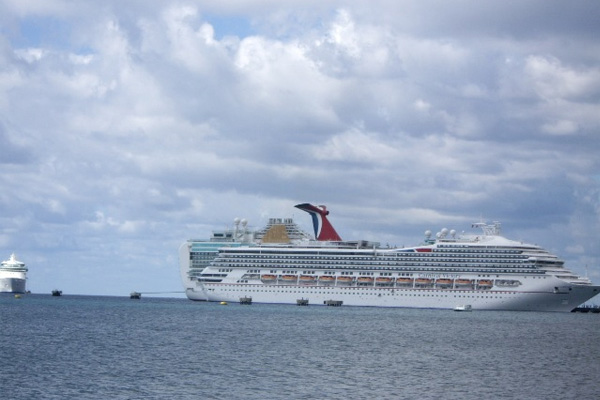 Minister of Tourism and International Trade, Sen. the Hon. Richard “Ricky” Skerritt said the new cruise pier and upland improvements involved in the development are estimated to cost US$32 million and is expected to commence in the second half of this year, 2014.

Minister Skerritt Minister of Tourism and International Transport, the Hon. Richard Skerritt, brought to the Cabinet a full update on the progress being made with the proposed development of a second cruise pier at Port Zante, in support of an earlier decision by the Cabinet of Ministers approving the need for the pier.

Present at Cabinet to help finalise outstanding issues related to the decision were officials from the Ministry of Finance, the Sugar Industry Development Foundation (SIDF) and the St. Christopher Air and Sea Ports Authority (SCASPA).

Minister of Information, Sen. the Hon. Nigel Carty in a Post Cabinet Briefing disclosed that Cabinet agreed to the concept of a private-public partnership (PPP) arrangement which would involve a private joint-venture company developing the pier and owning it initially, but then transferring ownership to SCASPA over a fixed period of time.

“Cruise shipping operations on both piers would be the responsibility of SCASPA as normal,” said Mr. Carty.

He said it was confirmed that a draft agreement between SCASPA and a joint venture company, Cruise Port Development Limited, was awaiting conclusion of final details before signature.

Cabinet emphasized that it was important to pursue a financing option for the construction of the pier that did not increase the long-term obligations of SCASPA given that SCASPA had already made significant strides in reducing its debt and setting itself on a highly sustainable financial path.

The development financing arrangement agreed to will be a viable combination of equity and debt originating from both local and foreign sources, with loan repayment coming only from revenues generated by future cruise arrivals.

“Cabinet supported the view that the development of the second pier should commence as soon as possible so that our country can benefit from immediate scheduling by the cruise industry for the 2015-16 season, thus enabling the economic benefits of the expanded facilities to be felt locally at the earliest opportunity,” said Sen. Carty.