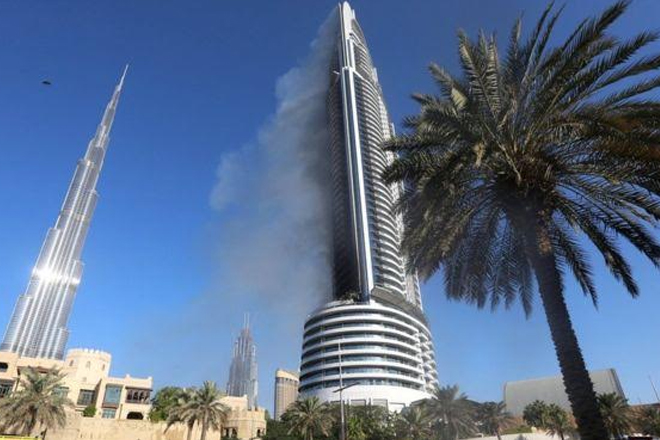 Dubai seeks cause of Massive Hotel Fire at New Year

The authorities in Dubai are trying to find out what caused a spectacular fire to engulf a 63-storey luxury hotel in the city centre on New Year’s Eve.

After battling for more than 20 hours, firefighters appear to have extinguished most of the blaze at the Address Downtown Hotel.

An eyewitness said only a couple of small isolated fires are still burning.

The tower was evacuated and 16 people were hurt.