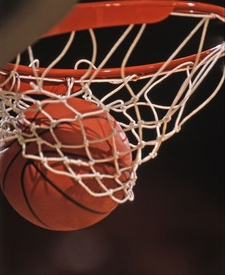 Dynamics; Rebels and Bronx all weekend winners-Montseratt team to visit

(Sports Page) Matches continued in the Malcolm Guishard Basketball league over the weekend. The Dynamics team not only won their first game but won quite convincingly.

There were two matches on Saturday 2nd November and in the first game, Dynamics engaged Jessups and won quite handsomely with a score line of 80 to 55.

Norris Williams was the star player for the Dynamics team with his 28 points and 12 rebounds but the stand out player of the match was from the losing Jessups team with Kadel Hodge sinking all of 35 points.

Match two was a major disappointment for the sizeable crowd as champions CG Rebels came up against arch rivals PJ’S in a much anticipated game. There was much expected from the two teams that have represented so well in the St. Kitts –Nevis league, but that was not to be.

From the very first quarter, CG Rebels placed PJ’S in a sleep hold from which they never recovered, with a scoreline of 21 to 8. Final score, a whopping 68 to 48 in favour of the CG Rebels, winning by a comprehensive 20 points.

In the lone match played on Sunday 3rd November, Bronx Crisis easily disposed of Jessups with a scoreline of 78 to 56.

The action shifts to the Brown Hill hard court on Saturday 9th November at 6.30 pm when CG Rebels will engage Jessups.

However, Basketball lovers on Nevis are in for an extra special treat this coming weekend as a team from Montserrat will be on the island and will play two matches versus the Nevis team. One match will be played on Friday 8th November starting at 7pm and the other will be played on Saturday 9th November, immediately after the scheduled league game. Both matches will be played at the Brown hill Basketball court. The general public is cordially invited to witness these exciting games.

Here is a summary of the matches played over the weekend: