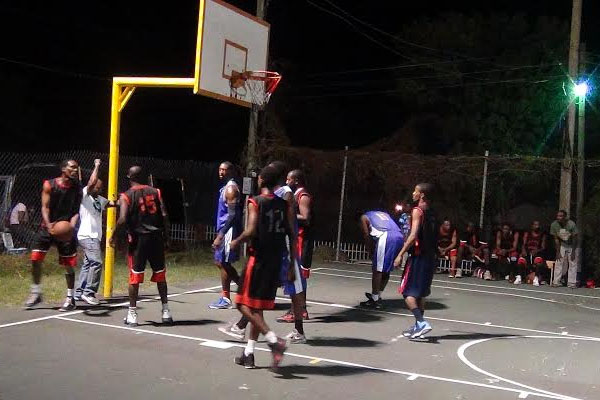 The match was the second in the 2014 edition of the Malcolm Guishard Basketball league which officially got underway that evening.

The Dynasty Ballers led in three of the quarters but with the home crowd support, the Church Ground Massives were always a shot away from equalizing.

However, it was the Ballers who were celebrating at the final whistle.

In the first game of the evening, the St.James’ Royals edged out the Lawmen in a virtual thriller.