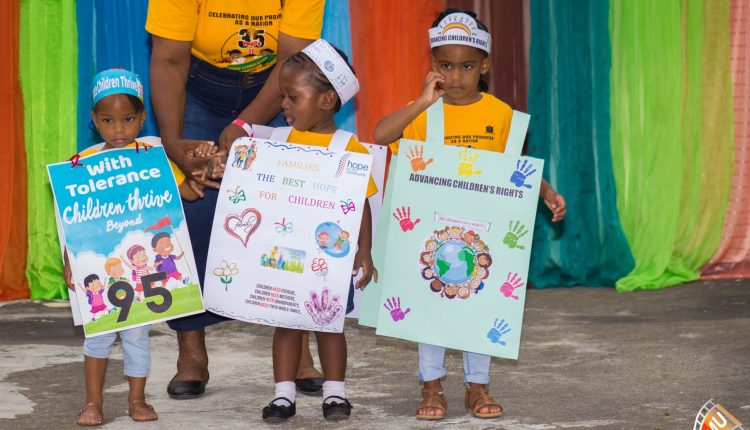 Basseterre, St. Kitts, June 19, 2019 (ZIZ News): The Early Childhood Development Unit’s celebration of Child Month 2019 continued on Tuesday with the third in a series of concerts.

The Rural/ Basseterre East concert held at the Cayon High School featured a nursery segment and a preschool segment, where the children entertained the audience with presentations in drumming, modelling, singing, dancing and an acrostic poem.

There was also a segment reminiscing on the past, where each nursery school showcased t-shirts and outfits of the past child months.

The child month activities continued on Wednesday with the Rural/Basseterre West concert at the Sandy Point hard court.

Other activities will include a cultural food fair, the ECD staff queen pageant, a staff appreciation day, and the grand parade and t-shirt day on June 28th.

This year’s Child Month activities are being guided by the theme “Celebrating Our Progress as a Nation, 35 Years of Early Stimulation.”