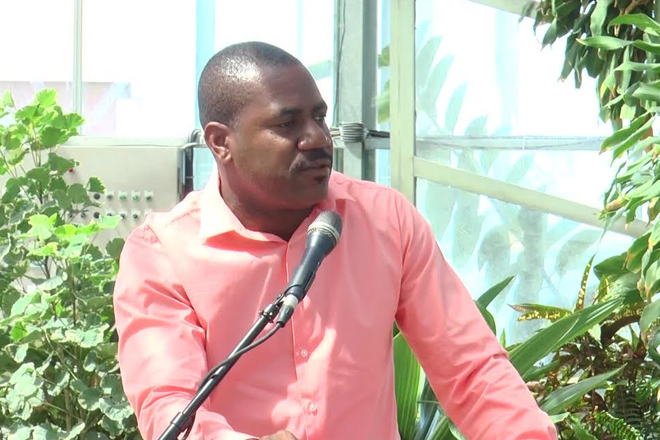 (ZIZ News) — Minister of Education the Hon Shawn Richards says his ministry has been doing its part to promote environmental sustainability.

During the launch of Earth Week SKN on Wednesday Minister Richards said the ministry recognizes the need to teach students about preserving the environment.

He also noted that the school buildings themselves are being re-fitted with environmentally-conscious services.

“Recently for example, in a visit to Verchilds High School we recognized that the water faucets there have been changed to make them more water-efficient. We know that children within our schools have a habit of turning on pipes and leaving them on. What we’re now doing is installing those push-taps so that they turn off automatically rather than remain running for a prolonged period of time,” he said.

The Earth Week SKN Movement will showcase a number of activities and events.

These include Climate Educational Week, major sports events, and an Earth Day celebration.

Activities will run until April 22.