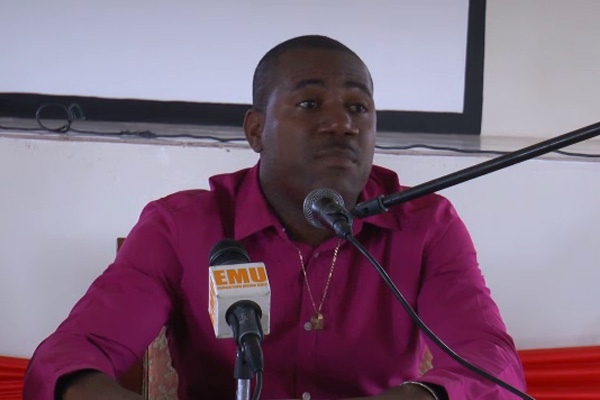 (ZIZ News) – Principals and Deputy Principals of schools throughout St. Kitts were addressed by Deputy Prime Minister and Minister of Education Hon. Shawn Richards at a meeting this week.

The special meeting was conducted with a view to further familiarizing Minister Richards with the personnel of the expansive Ministry of Education and to have him express government’s intentions as a new administration.

The minister said he was depending on the assistance of all officials, as the new government seeks to implement policy changes.

Minister Richards said, “I have the privilege of being the minister with responsibility for education. I have the privilege of working with all of you. Therefore, the success of putting those policies in place depends to a large extent on you the persons out in the field of education. You are the ones I expect to depend on whether it is for guidance or actually implementing the different policies.”

He commended the staff he has been working with in the ministry and referred to them as being “extremely accommodating and supportive.”

Mr. Richards stated, “I don’t have all of the ideas and so my approach is to engage the stakeholders as much as possible.”

“You are the ones on the ground. You are the ones living the situation day by day so you are in a better position than I am to give advice (and) to give feedback,” he emphasised.

Permanent Secretary in the Ministry of Education, Ionie Liburd-Willett, used the opportunity to update those present on recent and upcoming events in the ministry including the Leeward Islands Debating Competition; the distribution of tablets to senior officials including principals; plans to introduce Human Rights Awareness in the schools’ curriculum, and the Model Organization of American States General Assembly for Universities of the OAS which will be held from March 24-26.