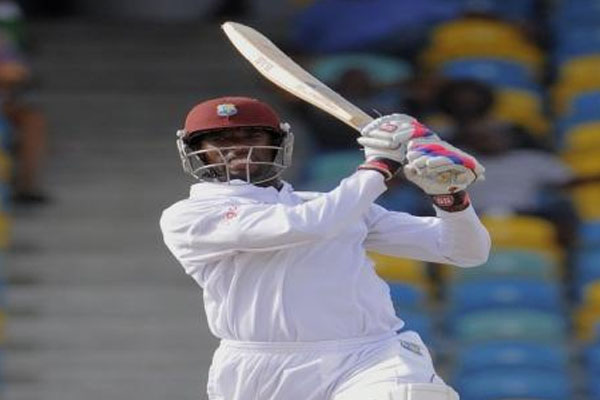 Hambantota, Sri Lanka, CMC — A defiant unbroken eighth wicket stand of 92 between Shane Shillingford and Nikita Miller saved West Indies A from a possible innings defeat on the third day of their opening four-day “Test” against Sri Lanka here Monday.

Asked to follow on after being dismissed for 160 in their first innings, West Indies A plunged to 175 for seven in their second innings before Shillingford struck an unbeaten 56 and Miller, 37 not out, to rescue the Caribbean side.

Test batsman Kirk Edwards had earlier led the way with a top-score of 76 while Jermaine Blackwood got 39 as Windies A finished the day on 267 for seven, only 14 runs ahead with Tuesday’s final day remaining.

Resuming the penultimate day on 96 for seven in reply to Sri Lanka’s first innings of 413, West Indies a managed to extend their first innings thanks to a half-century from Chadwick Walton.

Unbeaten on ten overnight, the Jamaican wicketkeeper hit 50 from 90 balls with five fours and two sixes, adding a crucial 36 for the last wicket with Shannon Gabriel (five not out) after the tourists slipped to 124 for nine.

Leg-spinner Seekkuge Prasanna added the wicket of Walton to his overnight five-wicket haul to finish with six for 64 while seamer Shaminda Eranga picked up two for 54.

West Indies A were in early strife in their second innings, losing Test batsman Kraigg Brathwaite for two in the third over of the innings with the score also on two.

Edwards then anchored two key stands to see West Indies A out of trouble. He added 38 for the second wicket with Assad Fudadin (11) and then put on a further 77 for the third wicket with Blackwood.