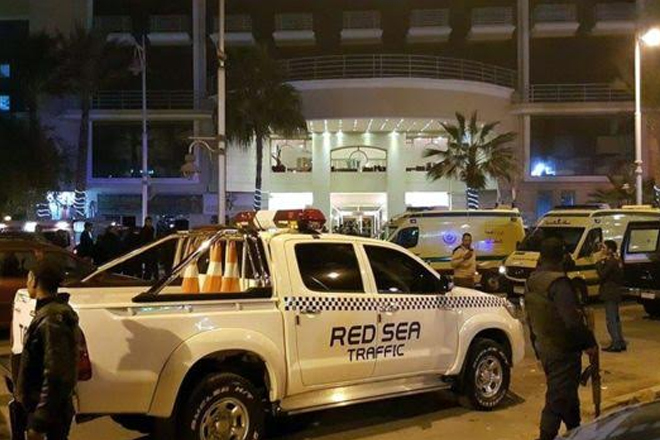 Three foreign tourists have been injured after attackers stormed into a hotel in the Egyptian Red Sea resort of Hurghada.

The two attackers were killed by security forces at the four-star Bella Vista hotel.

The tourists – whose nationalities are not yet known – were stabbed but their wounds are not serious.

The assailants were aiming to kidnap tourists and one wore an explosive belt, Egyptian officials said.