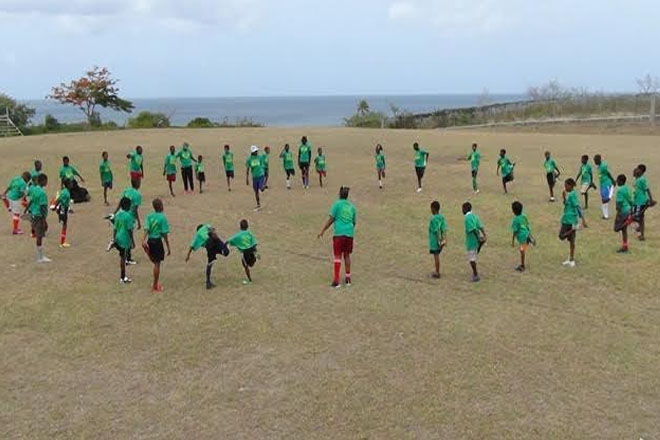 After the invocation, Mr. Richards started by thanking the sponsors for their continued support throughout the eleven (11) years.

He also took time out to recognize the coaches: Kerisha Powell, Kajel and Aljay Newton.

He made special mention of the fact that Aljay Newton is a part of the St. Kitts and Nevis under 23 Football team.

Some of the sponsors’ representatives made brief remarks as they implored the budding Footballers to make the most of the opportunity that has been provided for them to develop their skills in the game.

These included representatives from Social Security and The Bank of Nevis.

Special mention was also made of the Hon. Mark Brantley who was absent but who has been a supporter of the camp from its inception, along with Mr. Andy Liburd of Nevis Multi lines.