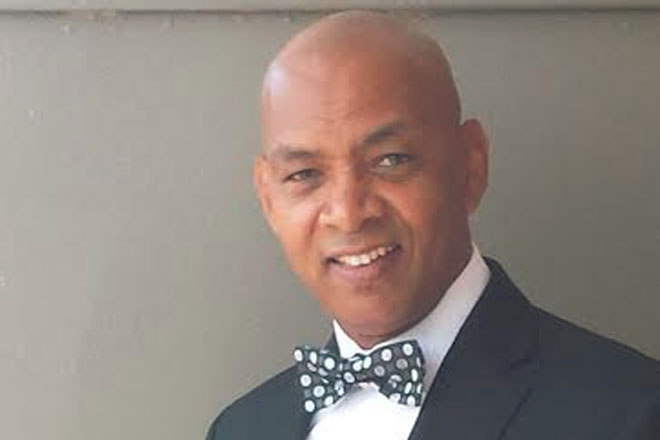 (Ministry of National Security): The Government of St. Kitts and Nevis, as indeed all citizens of St. Kitts and Nevis, continues to be very concerned over the high incidence of violent crimes, including homicides, in the federation. Many people are calling on the security forces, especially the Police Force, to do more to address the situation (as they have all right to do). However, government is of the view that the current situation may be developing into a form of apathy to violent crimes in some of our communities. There is a grave danger that such occurrences may become accepted as the norm. There is insufficient outcry in our communities. There appears to be even amusement at times in social media by some misguided individuals.

Government is of the view that there is need to engage our communities in intensive crime reduction sessions, designed to help individuals break the cycle of community crime and gun violence that is gripping the country at this time.

The Ministry of National Security and, by extension, the Government of St. Kitts and Nevis, has engaged the services of Crime Reduction Specialist and International Social Skills Consultant and Motivational Speaker, Mr. Neals Chitan, to engage the community in high impact, heart-gripping social skills sessions designed to drastically reduce the rate of crime and violence, truancy, disrespectful confrontations, revenge and other social dysfunctions in our community. Mr. Neals Chitan will be in St. Kitts and Nevis from 9th January -9th April, 2017. His copyrighted crime reduction framework is entitled EDER – Enforcement, Diagnosis, Education and Rehabilitation, which includes his copyrighted trademark headlined programme, “Project STOP ‘n’ THINK”.

Mr. Neals Chitan is a Grenadian – born Canadian citizen based in Toronto, Canada.

Inspired by his mother and his teacher’s vote of confidence, Neals Chitan soared against the odds and became a high school teacher and later a Certified Family Life Youth Educator. To-day, as President/CEO of Motiv-8 for Change International, Mr. Chitan has fulfilled the prediction of his teacher and has matured into a powerful high impact no-nonsense speaker whose presentations have initiated change in the lives of over 500,000 children, youth and adults across Canada, five states in the USA, in Africa, and in the Caribbean.

As a Crime Reduction Specialist, Mr. Chitan has also done intense work in England, delivering his high impact social skills presentations in London, Middlesex, Birmingham, Watford, Leicester and North Hampton, where he was the keynote speaker at a National Conference on Teenagers.

Neals Chitan is a Social Skill Vendor for Toronto District School Board and for the Toronto Community Housing Corporation, where he passionately helps people discover at least one good trait in themselves which he uses to create their wings for flying. He was recently granted United Nations Contractor Status through the United Nations Global Market Place and was also contracted for United Nations Development Programme and ADRA International.

Mr. Chitan is the Author of books: “RESPECT DUE-the key to solving crime and violence” and the recently published “PULLING THE PLUG”- a practical guide to disarming the downward spiral of Loss, Grief, Depression and Death. He is also the copyright holder of the “Always STOP and THINK before you PROCEED” strategy and is the frontline presenter for the internationally recognized 12 Sessions Social Skill Crime Reduction Series ‘Project STOP ‘n’ THINK” . Neals Chitan can also be read as a provocative crime commentary columnist for Texas-based CARIBBEAN NEWS NOW.

Over the next three months, Mr. Chitan will be engaged in both St. Kitts and Nevis with students, staff and parents in schools, victims of crime and their families in selected communities, the security forces, as well as residents and staff at Her Majesty’s (H.M.S) Prison. He will be the keynote speaker in an upcoming National Consultation to take place in early February 2017 in the form of an “UPROOTING CRIME & VIOLENCE” Conference, which will engage a cross section of stakeholders in discovering and addressing eleven psychosocial roots that feed prevalent crimes. Invited participants will include victims of crimes and their families, representatives of civil society/ NGOs, the Bar Association, the Chamber, the security forces, church and youth organisations, teachers, guidance counsellors, and students in our schools, post secondary and tertiary institutions, their parents, residents of H.M.S. Prison, representatives of the Political Opposition and selected government departments.

The educational component of the EDER framework will involve Mr. Chitan in presentations in secondary schools and selected primary schools. These will culminate in two massive ‘Stop and Think’ school rallies towards the end of the term, one in St. Kitts and one in Nevis.

The Ministry of National Security solicits the support of the general public and all stakeholder organisations and groups over the next three months, as together, and in collaboration with Mr. Neals Chitan, we demonstrate how the EDER framework fits together, while lifting the spirit and decision making of the entire nation with respect to crime reduction.

PM Harris: Government Committed To Identifying A Home For Police And Fire Retirees