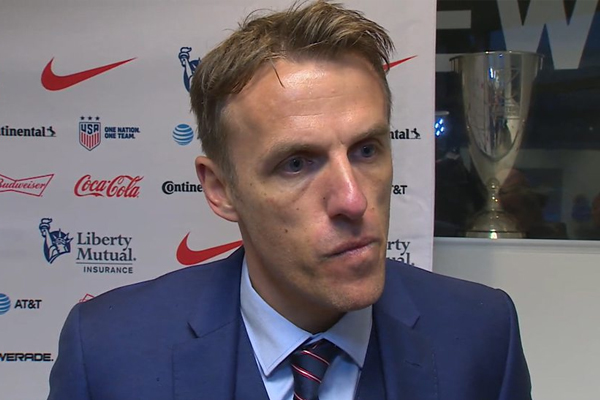 Phil Neville has praised the “brilliant foundations” left by his predecessor Mark Sampson after starting his reign as England women head coach with a win over France in the SheBelieves Cup.

The 4-1 victory in the United States was only the second time England have beaten France in 44 years.