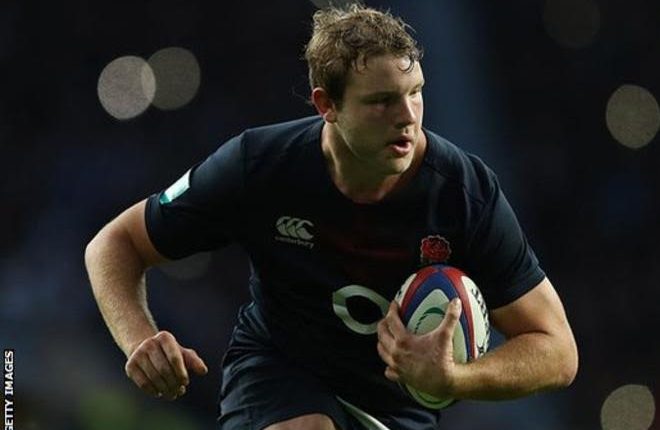 England lock Joe Launchbury has been banned for two weeks for kicking an opponent during his side’s victory over Fiji, ruling him out of the remaining autumn internationals.

The incident occurred when Launchbury, 25, tried to kick the ball away at the base of a ruck but made contract with Fiji centre Asaeli Tikoirotuma.