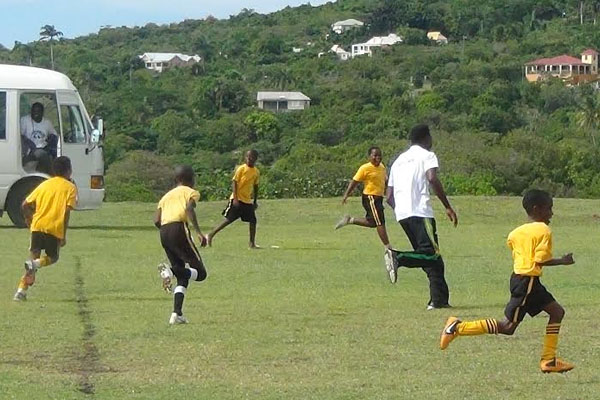 In the first match, the Elizabeth Pemberton Primary team engaged the Ivor Walters Primary in an exciting encounter.

IWPS took an early lead with a disputed penalty which was promptly slammed into the back of the net.

However, early in the second half, the EPPS equalized complements of a stunning free kick from long range which sailed over the goal keeper’s head and into the back of the net.

The EPPS team, for good measure, managed a second goal before the final whistle. This was due to a blunder by one of the IWPS defenders which resulted in an ‘own goal’. Then the celebrations began.

Match two which was scheduled between EPPS and IWPS in the A division, was blown and on and then immediately blown off by Referee Leroy Sweeney, as only the IWPS team showed up on the field of play. The IWPS team celebrated some free points. That in itself created some controversy.