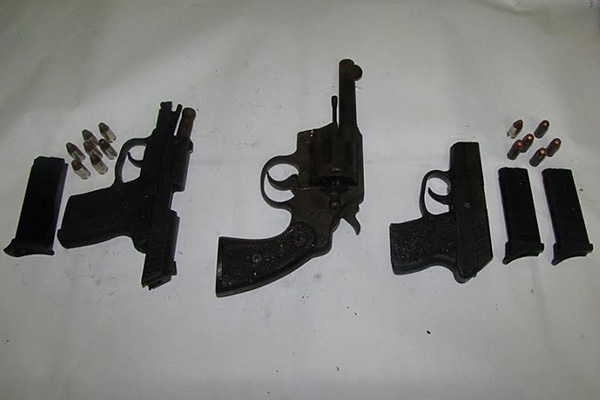 Basseterre, St. Kitts, (SKNIS) — The Electronic Tracing System (eTrace), utilized by the Royal St. Christopher and Nevis Police Force since September 2012, has proven quite useful and has led to a number of arrests at home and abroad.

A recent report indicated that eighteen illegal firearms seized by security forces in 2013, have been traced using the database accessed by law enforcement in more than 30 countries outside of the United States. The system helps to determine a weapon’s past, including where it originated or if it was previously used to commit a crime.

“The eTrace has been very beneficial here in the Federation,” Commissioner of Police Celvin G. Walwyn told SKNIS. “One hundred percent of guns found/seized in St. Kitts and Nevis are entered into the system. To date, investigations are being conducted in the United States of America because of weapons confiscated. That means the people who send the guns here are facing the possibility of going to federal prison in America.”

eTrace is administered by the Bureau of Alcohol, Tobacco, Firearms and Explosives (ATF) – which is a law enforcement agency in the United States Department of Justice.To date, more than 4,400 U.S. law enforcement agencies and 34 foreign countries actively use eTrace in their investigative work.

According to the agency’s website www.atf.gov, the National Tracing Center processed more than 344,000 trace requests in the fiscal year 2012.