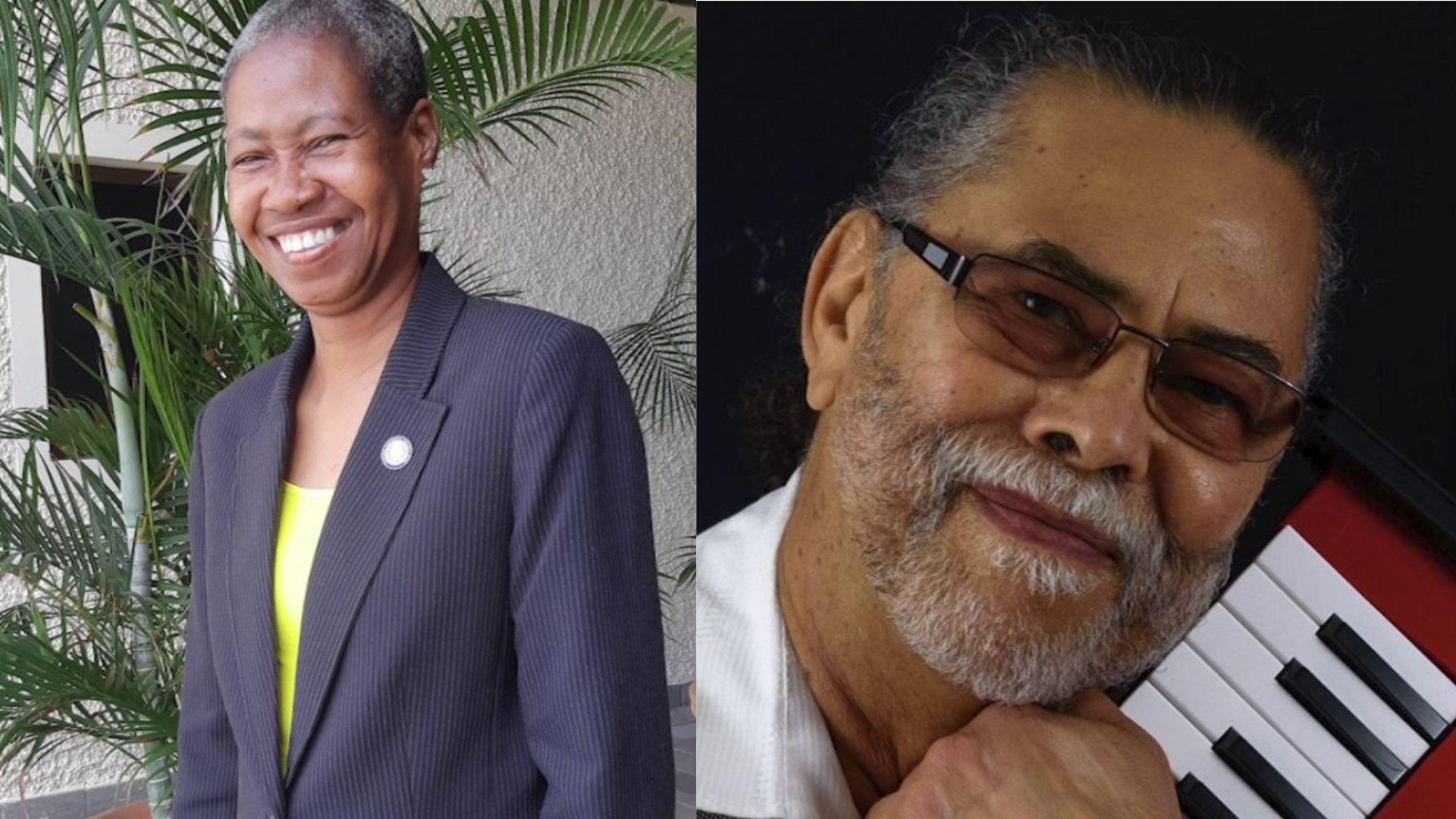 Music Icon Bruce Skerritt passed away at the age of 70 on Friday, July 1st after a long battle with cancer

Bruce Skerritt’s legendary musical career spanned some 50-plus years starting in St.Kitts and Canada and Internationally. In St.Kitts, he is well known as the man behind such legendary Kittitian groups as the Caribbean Heat Waves as well as Canadian bands, such as “Phase II” and “Instant Jam”, accompanying such Caribbean icons as the Mighty Sparrow, Shadow, Duke and many others, such as Jamo from Mozambique. He was also a member of the Latin jazz group “Coconut Groove” of Toronto.

Bassist, pianist, and master of ceremonies, Dawn Mills also passed away on Friday after battling illness.

Miss Mills was known for her skill on the bass guitar for decades and for her contagious humour as host of numerous events across the federation, particularly at the Eastern Caribbean Central Bank.

She was also the host of the Wednesday night Gospel radio programme “Praise on the Pulse” on ZIZ Radio for nearly 20 years.