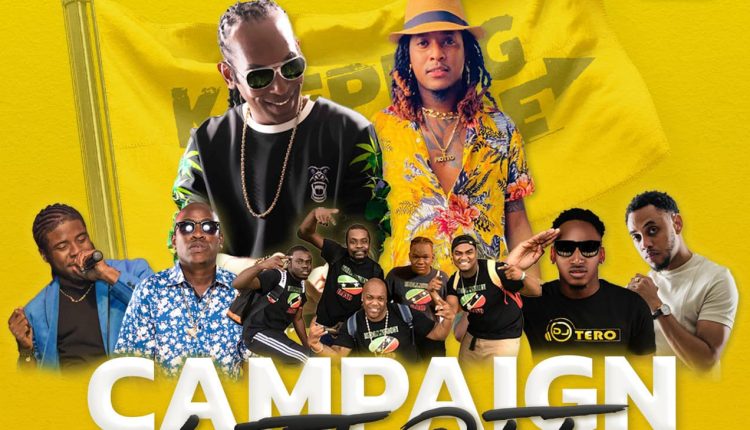 The event, which is being dubbed, “Campaign Lift Off”, will feature presentations from all eight (8) candidates, led by National Political Leader and former Deputy Prime Minister, Hon.  Shawn K. Richards.

Other highlights will include performances from top local and overseas artists, including  Farmer Nappy, Motto, Dejour, Rucus H.E., Kollision Band, and Zu.

Farmer Nappy is well known for hit songs like Back Yard Jam, Big People Party, and Hooking  Meh. Supporters attending Wednesday’s PAM campaign launch will also be thrilled by the powerful hits from Motto, including One Woman, Party Lit, and Big Ride.

Also included in the lineup for Wednesday is the top Kittitian DJ and entertainer, Tero.

Richards has described Wednesday’s launch as a critical step forward to signal PAM’s strong resolve to reclaim the country’s dignity and to lift the current burden that is weighing down the people of St. Kitts & Nevis.

Richards revealed he and his capable team of candidates will expose many of the wrongs of the illegal regime of Dr. Timothy Harris, which continues to use and abuse the financial and  other resources of the government to advance the outgoing PM’s narrow vindictive, and corrupt practices.

The PAM leader said that Harris is afraid to call the date for the election because he is very fearful of the outcome, knowing that after the poll, he will not return to the seat of power.

Richards reminded the people of St. Kitts & Nevis that there is only one certain thing about the coming election, and that is Timothy Harris after the first week of August, will no longer  be prime minister.

“Once again Harris has allowed time to run out on him and he has backed himself into a  corner with the clock ticking and the end of the 90 days fast approaching before the poll must  be held,” stated a confident Richards.

Richards said that his party will wait no longer and that PAM will ring the bell and may even announce its own date for Election Day.

The PAM leader indicated that the PAM and CCM alliance represents the best hope for the people of St. Kitts & Nevis.

PAM, along with CCM is the best chance that St. Kitts & Nevis has for the continued stability and continuity, and progress of the country, stated Richards.

The campaign launch will be held at the corner of Central Street and Sprott Street, starting at  6:30 pm.