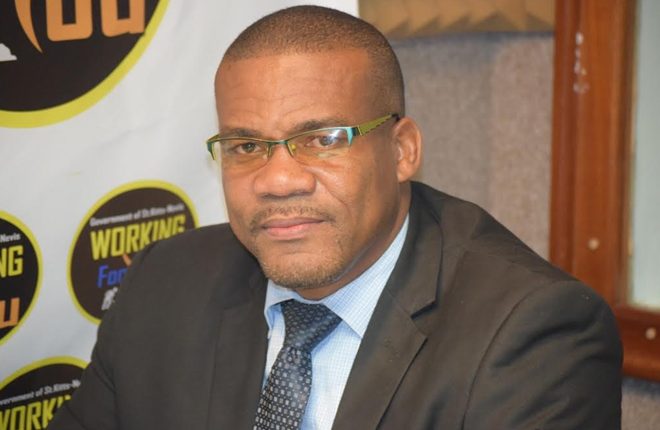 (SKNIS): The successful establishment and hard work of the Federal Youth Policy Steering Committee were highlighted by Vernon Connor, Special Advisor to the Minister of Youth and Chairman of the Federal Youth Policy Committee, who noted that the team consists of vivacious and dedicated individuals from varying ministries in St. Kitts and in Nevis.

“The keyword for this initiative is Federal, which means that this is not a St. Kitts undertaking, this is a Federal undertaking, so this policy will govern youth development both in St. Kitts and Nevis equally,” said Mr. Connor, while appearing on Wednesday’s (November 09) edition of “Working for You”, adding that it was imperative for representatives from Nevis to play an integral role on the committee. “So it is really a conglomerate of Nevisians and Kittitians who have come together to pool their ideas, resources and technical skills.”

He stated that a total of 15 persons sits on the committee drawn from various departments such as the police high command, social welfare, police force, child protection services, education, legal, as well as the national youth council, to name a few.

Mr. Connor said that before any major decisions were made, the staff, including himself, sat and recommended that a theme be set to guide the Youth Policy, which is “Mainstreaming Youth in National Development”. He noted that a committee was of paramount importance, as the assistance of others is beneficial to the cause.

“Essentially, what we are saying is that we want to produce a policy which can be used as a guide for all ministries of government to follow in creating their agenda for youth development and catering to the young people of St. Kitts and Nevis based on their specific ministries,” said the special advisor. “So what we did was that with that in mind we sought to establish a steering committee which would comprise of individuals from different ministries of government.”

The special advisor recognized the staff of the Department of Youth Empowerment who was instrumental in putting together the team of dedicated individuals, as they, both the staff and the committee continue to work tirelessly to ensure that the policy comes to fruition.

The establishment of a Federal Youth Policy in St. Kitts and Nevis will open additional doors for young people to “have a voice” at global forums which would enhance the country’s reputation and ensure that the positions of youth are recorded internationally.