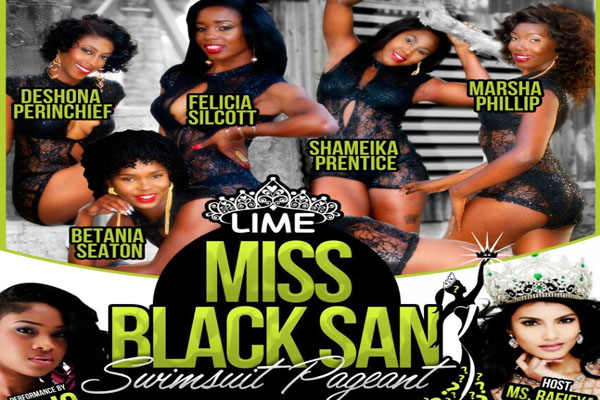 With a total of 799 points, Deshona Perinchief secured the first runner-up position while second runner up, Shameika Prentice won the Best Body Painting award. Her overall score was 775 points.

Betania Seaton was the other contestant in Sunday night’s pageant.

The community festival Black San Bang-A-Lang continues on Tuesday with a basketball tournament. Other major activities planned are the SPIRIT Game Show Night on April 2nd, j’ouvert and after party on April 6th, and the Black San Ball on April 12th.

Black San Bang-A-Lang is being held under the theme “Five Star Fete.”