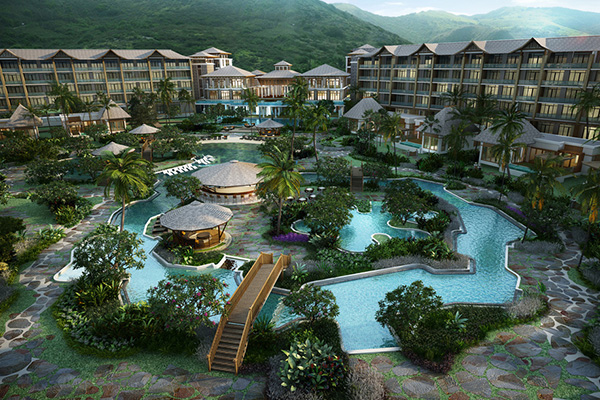 Basseterre, St. Kitts (SKNIS) — The completion of four major developments in the tourism industry in St. Kitts and Nevis by 2018 is expected to generate hundreds of job opportunities for the local population.

This was stated by Minister of Tourism, the Honourable Lindsay Grant; on Wednesday’s edition of the ‘Working for You’ radio programme which provides the public with updates on key government policies and programmes. Ongoing projects mentioned included Kittitian Hill which should feature 84 rooms by December 2015; Park Hyatt St. Kitts – an ultra-luxury 5 star resort hotel which will be the first of its brand in the Caribbean. The facility will feature 136 rooms and opens in 2016. Embassy Suites by Hilton is a 226-suite hotel scheduled for completion in the first quarter of 2017. The hotel stock increases even more with the scheduled completion of Radisson Hotel in 2017 and Koi Resorts in 2018.

The tourism official added that persons should begin to consider creative ways that they can provide for themselves and their families by offering related products and or services.

To ensure that persons are well trained and prepared to meet the challenges of working in the service industry, the government is exploring the establishment of a hospitality school. Minister Grant described the plans as being in “an advanced stage.”

“This school of excellence is going to have to train the entire tourism industry of St. Kitts and Nevis,” he added, noting that it includes bartenders, wait staff, receptionists, chefs, landscapers, taxi drivers, vendors, store owners and others.

The vision Mr. Grant said is to have the facility become a center of excellence that attracts attendance from persons across the Caribbean region.