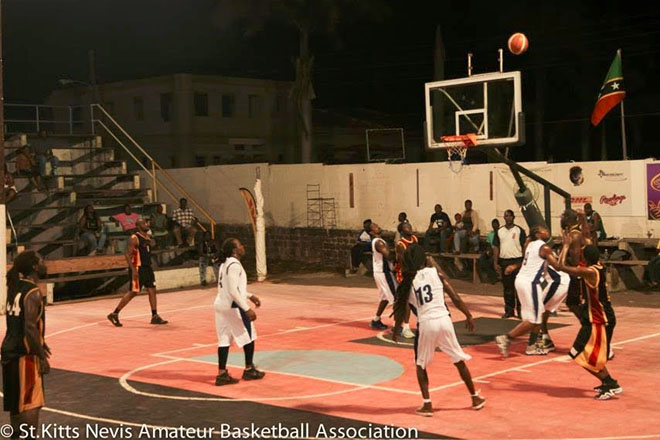 Basketball City, St. Kitts — Another Large Crown turned out to Basketball City on Sunday Evening to see Game 2 of the Final Four SKNABA Playoff Series between the Fig Tree Dirt Revellers and the Rams Hitters.

The second half was more of the same with Fig Tree extending their lead and ending the game with an impressive 97-82 drubbing of the Rams Hitters.

This was a completed turnaround from Game 1 where Hitters delivered a drubbing of their own with a 16 point win.

Leading all scorers for Fig Tree was Ray “Lomax” Liddie with 29 pts, Denver Farrel with 23 Pts and Tamboura Caines with 18 pts and 11 rebs.

Hitters was lead by Daryl Lewis with 21 pts, Tyron Hutchinson with 12 pts , 7 rebs and 3 assists and Marlon Powell with 11 pts.