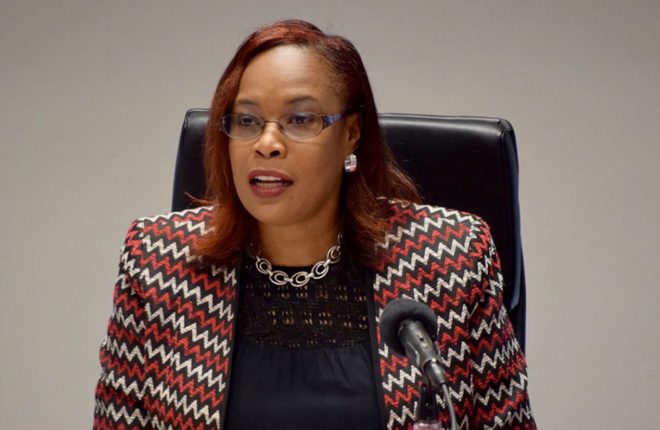 Basseterre, St. Kitts, June 15, 2019 (ZIZ News): The Ministry of Finance has issued a statement responding to claims from opposition sources that government funds are being mismanaged.

A press statement released on Saturday June 15 2019 states, “The Ministry of Finance denounces recklessly false and malicious statements that claim there is dissension between high-level public servants and Prime Minister Dr. the Honourable Timothy Harris over his handling of the Federation of St. Kitts and Nevis’ economy in his capacity as Minister of Finance.”

The statement continues, “The Ministry of Finance places on the record that the state of the country’s economy is better today than it has been in recent times. Moreover, both the Ministry of Finance and the Minister of Finance enjoy a high level of mutual understanding and trust in their close working relationship, which is characterized by professionalism and respect, as well as a deep commitment and responsibility to ensuring the sound fiscal management of the country”.

On Friday June 14 2019, Financial Secretary in the Government of St. Kitts and Nevis, Mrs. Hilary Hazel said, “The staff of the Ministry of Finance executes its tasks, such as giving high-quality advice, in the utmost professional manner as we strive to support the Government’s

She continued, “The Ministry of Finance’s stable and successful working relationship with the Prime Minister and Minister of Finance and his administration is evidenced by a number of

She said in 2018, St. Kitts and Nevis became the first independent country in the Eastern Caribbean Currency Union (ECCU) to achieve the ECCU stipulated debt-to-GDP benchmark of 60 percent and added that In 2019, St. Kitts and Nevis continues to meet this benchmark, as its outstanding public debt is under 60 percent – well ahead of its peers in the OECS sub-region – compared to 145 percent of GDP in 2010.

Mrs. Hilary Hazel added “The Government fully repaid all outstanding debts to the International Monetary Fund (IMF) contracted under the Stand-by Arrangements of 2011 and, in that regard, it repaid the outstanding balance of $117 million out of the $225 million that was contracted by the former administration. She said The Government has also paid $100 million in relation to the land-for-debt swap, reclaiming some of the land for the benefit of the people and also substantially reducing the payout under the dividend guarantee arrangements.

“There is full and mutual support in our common endeavour to achieve strong fiscal results, and this unified approach is working,” the Financial Secretary said.