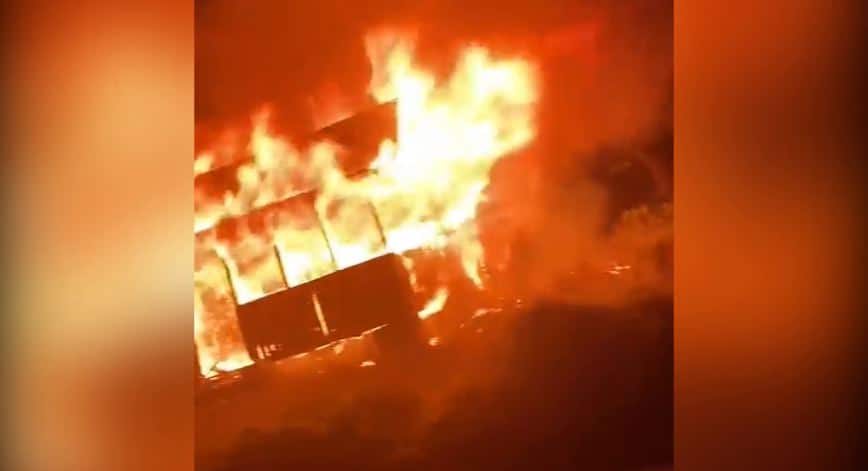 Basseterre, St. Kitts, February 15th, 2021 (ZIZ News) The Fire Department is investigating the cause of a fire at an abandoned structure in Saddlers on Sunday night.

According to Acting Fire Chief, Garfield Hodge at about 9pm the Tabernacle Fire Unit responded to a house fire report.

Upon arrival the officers discovered that it was an abandoned wooden structure with a galvanized roof which was engulfed in flames.

He said the officers managed to completely extinguish the flames however the structure was completely destroyed.

The Acting Fire Chief explained that the cause of the fire is still unknown but an investigation was launched to determine the cause.

No injuries were recorded.