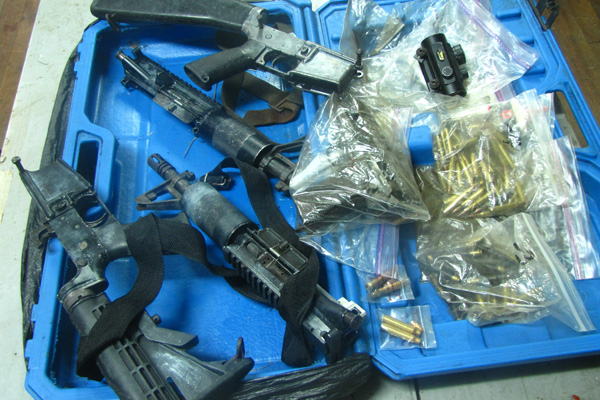 (ZIZ) The Royal St. Christopher and Nevis Police Force in keeping with its initiative, once again has collaborated with The St. Kitts and Nevis Defence Force and Her Majesty’s Customs And Excise Department Enforcement Division, which yielded the discovery of fire arms and ammunition, and four (4) persons being held accountable. This operation was intelligence and surveillance driven, also, with the assistance of Crime Stoppers which led to the execution of search warrants on the premises of the arrested persons.

Commissioner, Dr. CG Walwyn therefore takes this opportunity to thank the persons who were instrumental in this investigation which lead to the removal of these fire arms from the streets of the Federation. Commissioner, Dr. CG Walwyn is very concerned with the discovery, and takes this opportunity to inform the general public that these persons are not to be taken lightly, and encourages all to be vigilant and report criminal matters to the police, and said, “It is only through the vigilance of law abiding persons can we have a safer Federation”.