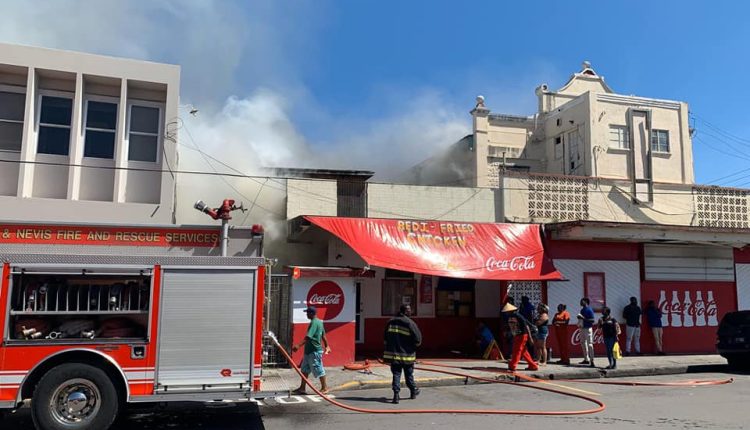 Basseterre, St. Kitts, September 26, 2019 (ZIZ News): Some sad news for chicken lovers as a popular fast food establishment will be closed for the next few weeks following a fire on Thursday morning.

Fire officers responded to a call about a fire at Redi-Fried Chicken on the Bay Road at about 9:45 am.

According to Fire Chief Everett O’Garro when the officers arrived on the scene they saw smoke coming from the rear of the establishment.

The blaze reportedly began in the kitchen. Mr O’Garro said the officers quickly went into action and got the fire under control in about 25 minutes.

At the end of it all the deep fryers in the kitchen were destroyed and the roof of the kitchen was badly damaged.

He said they suspect the cause of the fire was a build up of grease in and around the deep fryers but Redi-Fried management say they cannot confirm that is the case.

Officers were scheduled to be on site later in the day to conduct further investigations.

Mr O’Garro also praised the officers who quickly contained the blaze and kept it from spreading to nearby buildings.