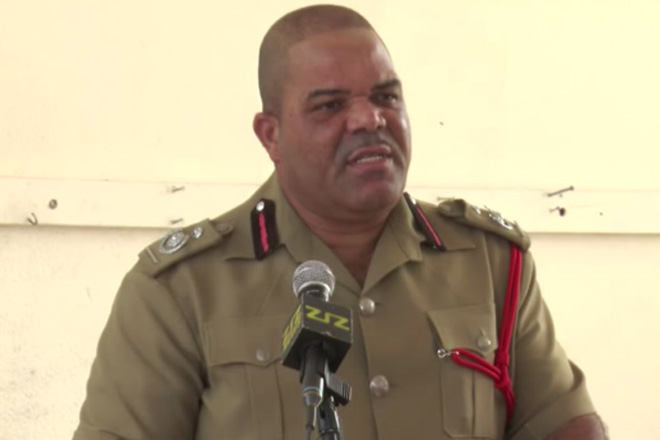 O’Garro was among the speakers at Thursday’s commissioning ceremony.

According to his statistics, there had been a 28 percent increase in brush fires over the past three years. Additionally, 80 percent of the fire calls received over the last three years were as a result of brush fires.

“The Rosenbauer Timberwolf Fire Truck being officially handed over this morning is a welcoming addition to our present fleet of fire tenders. It is appropriately equipped with an abundance of fresh and upgraded features which definitely would enhance and modernise the overall response capabilities of the St. Kitts and Nevis Fire and Rescue Services,” he said.

Other speakers at the commissioning ceremony were Permanent Secretary in the Prime Minister’s Office Osbert DeSuza and INDOCOM Limited representative David Beard.